5 reasons lawmakers might not want to restore the ballot initiative

Lady Flashes picked up two wins at the Indianola Tournament

The driver and passenger of a black Toyota Camry miraculously suffered only minor injuries when their vehicle left the roadway. 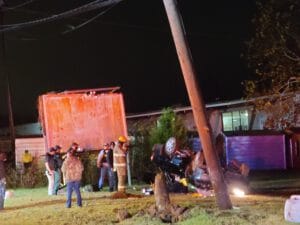 The accident happened right at 1 a.m. just north of Midsouth Lumber on 61 South in the southbound lane. Tire tracks indicate the vehicle was in a slide and then hit a telephone pole broadside breaking the pole into three pieces and knocking a transformer to the ground. One eyewitness said the vehicle flipped in the air three times. 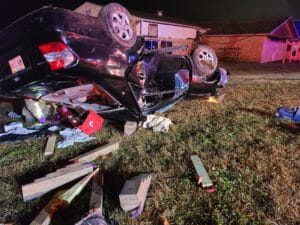 Despite the severity of the crash the passenger was out of the vehicle and walking around when rescue units arrived. The female passenger was trapped and rescue was able to remove her safely.

Rescue, Ladder 15, fire medics and numerous units from the VPD and Sheriff’s Office responded to the scene. 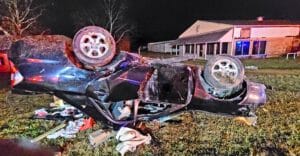