Researchers reach breakthrough in determining cause of SIDS

Why Roe v. Wade is much more than a women's rights issue

Southern University mourns the death of their freshman cheerleader

The Supreme Court is expected to overturn Roe v. Wade. Here’s what you need to know.

With UMMC out of network, Blue Cross members agonize over losing the doctors they trust

Graduating this spring? Reasons to consider a home healthcare career

The number of Mississippians enrolling in health care coverage through the healhgare.gov marketplace is surging this year thanks to an expanded enrollment period and the expansion of premium tax credits that make the plans much more affordable.

The premium tax credit (PTC) is the Affordable Care Act’s main insurance subsidy that radically reduces the premium costs for those eligible to receive it. A provision of the American Rescue Plan, the stimulus package Congress passed earlier this year, increased the tax credit amount for those who are eligible and makes individuals with incomes above 400% of the federal poverty line eligible for the first time. This provision represents the first major expansion of the health care reform law since its passage.

For those who were eligible for a tax credit prior to the passage of ARP, the share of their income enrollees are expected to pay for premiums on a benchmark silver plan has been cut in half or removed completely. 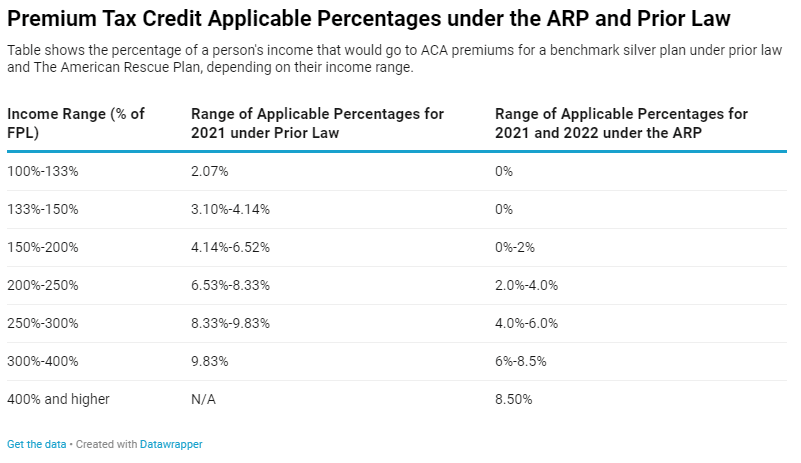 Expanding the PTC has already had a major impact on the number of enrollees in Mississippi. In 2020, 4,341 Mississippians enrolled in health insurance plans through the marketplace from Feb. 15-April 30. This year saw 14,040 people enroll in the same period — a 223% increase.

“The premium tax credits, they’ve made a big difference in the number of individuals that are willing to accept the plans. The premiums are still extremely high, but those tax credits help to lower those payments to amounts they’re able to pay,” said Antwan Nicholson, a navigator at My Brother’s Keeper, Jackson-based community health organization.

Navigators like Nicholson help people navigate the complexities of the health insurance marketplace one-on-one. Just last week, as he was helping one woman enroll, her eyes widened when she saw the premium on the plan she selected was $493. Then Nicholson showed her that she was eligible for a PTC that would cover $443 of that premium, bringing her monthly out-of-pocket cost to $50. Though she had just been looking for health insurance, the plan also included dental and vision insurance.

“She purchased it immediately,” Nicholson said.

The stimulus packaged also created a 16-week special enrollment period (SEP) for people to get health insurance through HealthCare.gov that lasts from April 15-August 15. In previous years, SEPs were available primarily only for qualifying life events, whereas this year the Biden Administration opened an SEP to all Americans in response to the COVID-19 pandemic.

This week, Biden’s administration announced more than 1 million Americans have signed up for Affordable Care Act health plans during the special enrollment period that began Feb. 15.

Nicholson and his team had extra navigators for the six-week open enrollment period last year, but they’ve had to push through this new special enrollment period with a small staff. With each application taking between 20-40 minutes, dealing with the surge of enrollees has been a hefty task, he said. but they’ve handled it well.

The PTC expansion is temporary, lasting only through the 2022 plan year. Nicholson thinks it’s a vital lifeline for the uninsured and should be extended.

“I think it would be a great benefit to those that we serve and the citizens of Mississippi that can take advantage of it,” he said. “I think it’s something that we should look to expand. I hope that it is extended, so that we can still have individuals that are able to be covered receive the health care that they need.”

Even though the expanded PTC isn’t guaranteed for the future, that hasn’t deterred the people Nicholson has worked with from enrolling.

“It’s an ‘I need it now’ situation, ‘so I’m going to take advantage of it and I’ll deal with what happens later,’” Nicholson said.