Seventeen train cars derailed at and around the Bovina Drive rail road crossing on Tuesday night, prompting a massive response from all public safety agencies in Vicksburg and Warren County.

“We have a lot of assets out here, just trying to keep the public safe is our goal right now,” Fire Coordinator Jerry Briggs said. 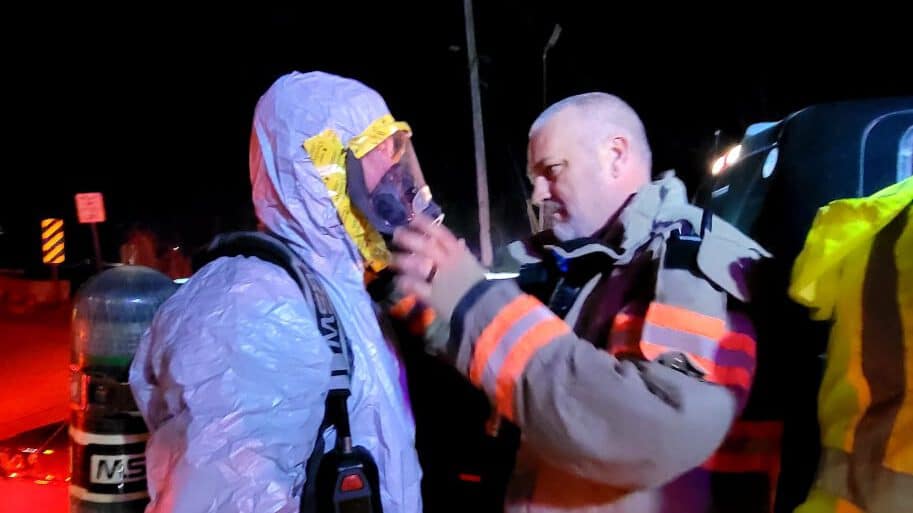 A Warren County firefighter is being helped into a hazmat suit by Chief Mitch Lange (photo by Jerry Briggs).

The 77 car train derailed just before 7:30 p.m., knocking out a power line and transformer in the process.  Entergy crews staged on the scene until they were cleared by E3 Environmental, MDEQ and Kansas City Southern that it was safe to begin work in the area.

Warren County Sheriff Martin Pace says that he has been informed that there is no reason to evacuate the area at this time, but that traffic will be impacted at least overnight, possibly longer.

The incident is still under investigation and there has been no word as to what caused the train to derail.

Garrard takes position with the Corps, Briggs to be interim replacement at 911

Train derails in Bovina, residents advised to shelter in place