Graham hired as assistant principal of St. Aloysius, to take over as head principal in 2023
Battle of the Brains - Presented by V105.5 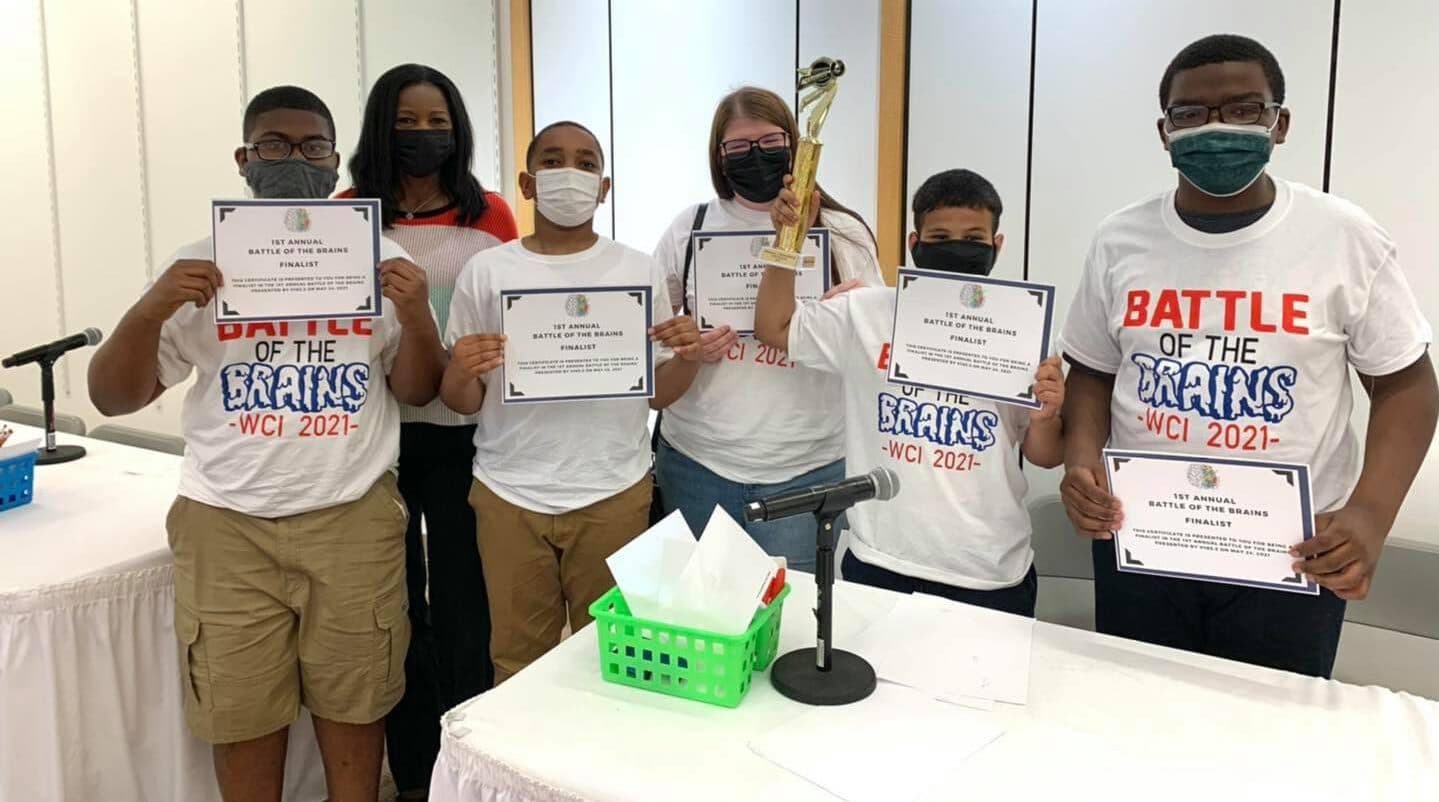 Warren Central Intermediate won their division in Battle of the Brains (photo by V105.5)

Division two then took the stage to show what they had to offer. South Park was led by Shanique Hampton and consisted of Essence Perry, Alyssa Clemts, Braddy Parson, and Kenzlie Pierce. Bowmar was led by Magen Westcott and consisted of Nick Lee, Olivia Busby, Heer Patel and Carrie Smith. Bowmar Elementary took points in this one and got the trophy. $2,500 was split between the two teams and a trophy was given to the winning team. 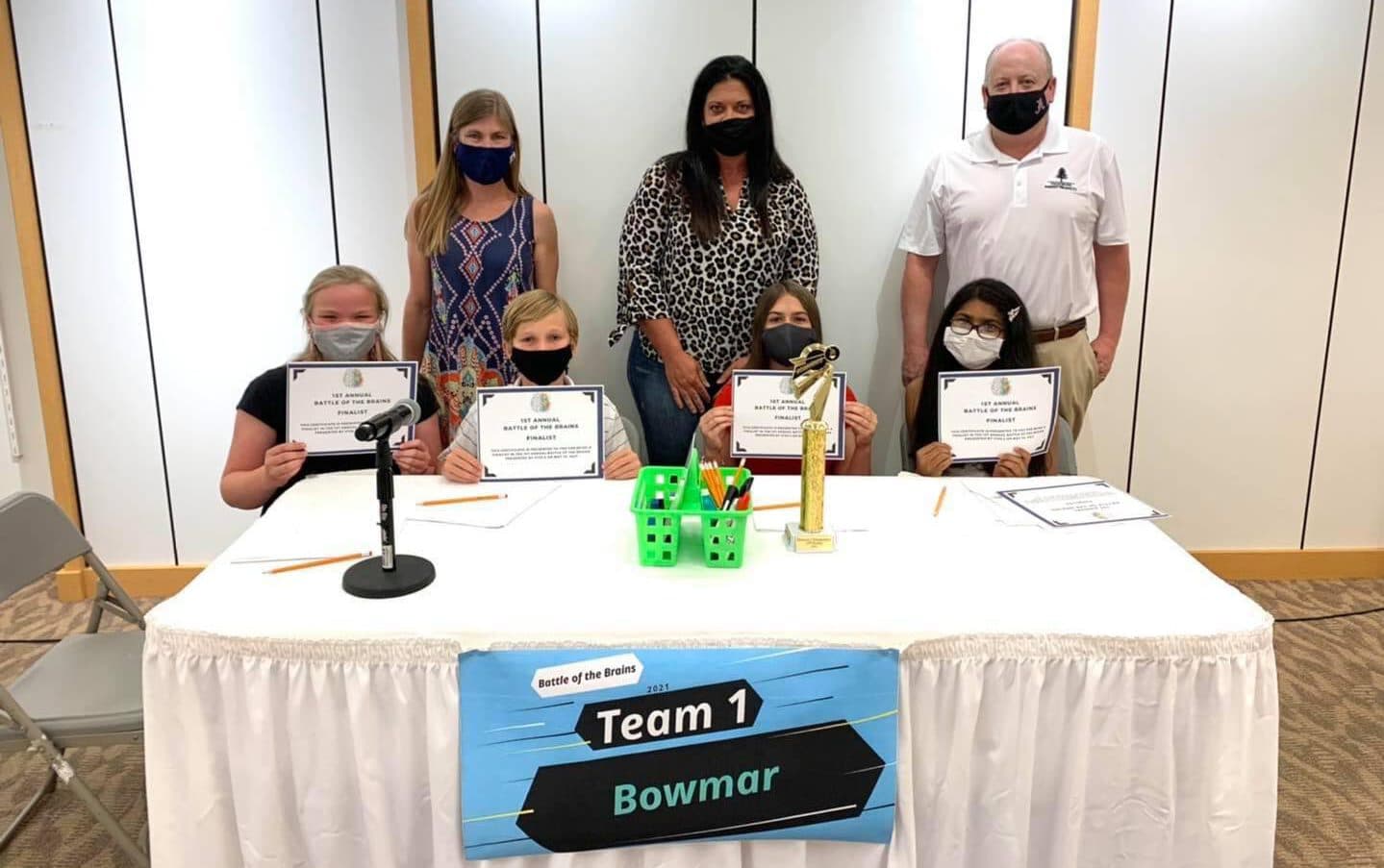 Bowmar Elementary was victorious in their division (photo by V105.5)

Division three was battle between The Academy of Innovation led by Samantha Sugars and consisted of Henry Cooper, Gracie Summers, Teagan Stewart, and Samuel Ross. St. Aloysius Jr. led by Stacie Lambiotte, had her team ready and they consisted of Samantha Edwards, Teresa Wilson, Corbin Burroughs, and Joshua Kitchens. The Academy of Innovation eased by over St. Aloysius and took the trophy home. $2,500 was split between the two teams and a trophy was given to the winning team. 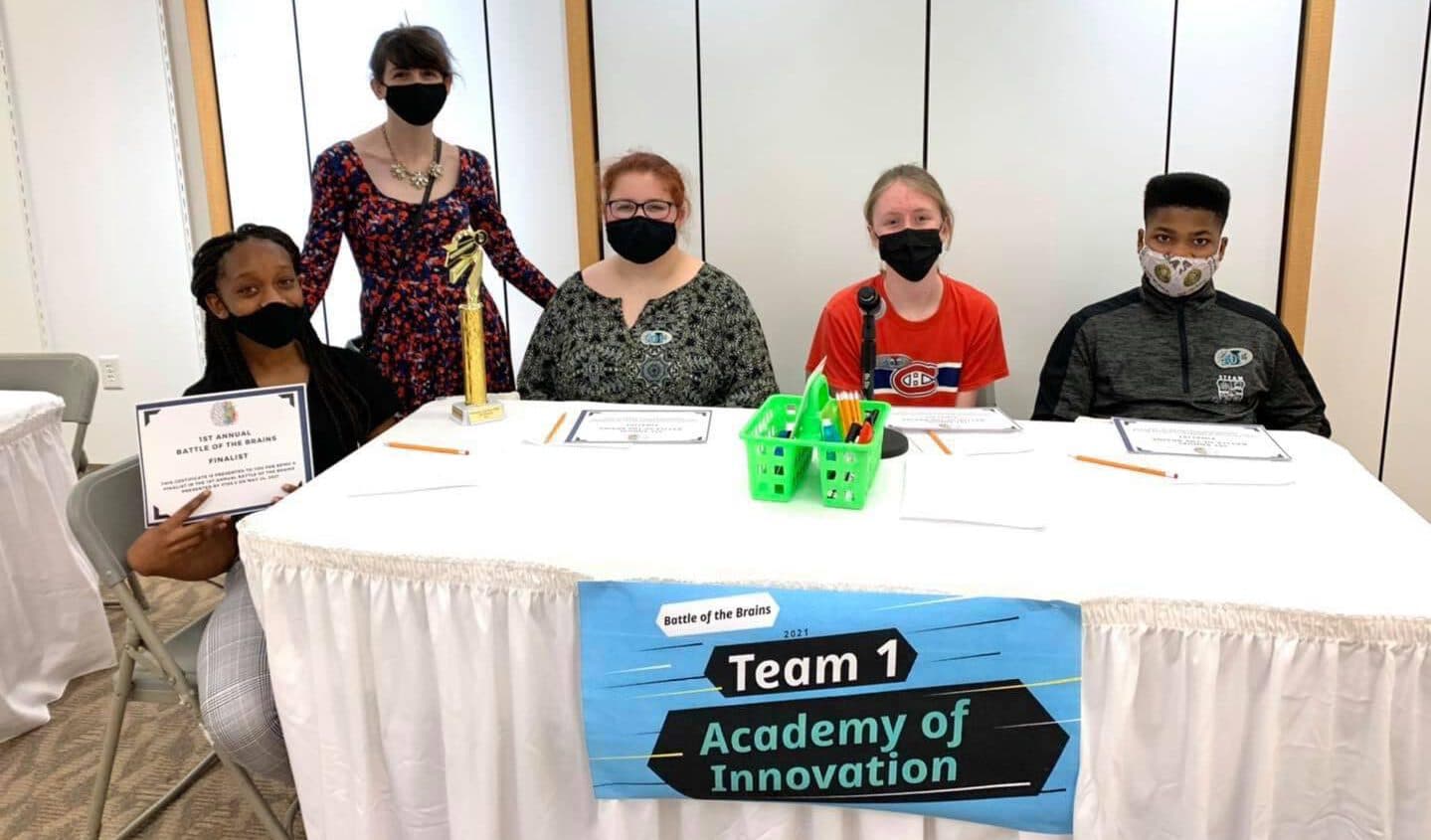 The Academy of Innovation took home the trophy in their division (photo by V105.5)

The High Schools finally got to join in on the action when Vicksburg High School led by Coach Troy Stewart, faced off with Dawn Meeks’ St. Aloysius High School team. Vicksburg consisted of Trevor Robinson, Aisha Williams, and Luke Larson. Larson, a St. Aloysius student, stepped in to help fill the Vicksburg team. St. Aloysius consisted of Logan Young, Rachel Dahl, Leah Larson, and Anna Scott Geter. St. Aloysius used their brains and took the points over Vicksburg and got the trophy to take back to their school. $2,500 was split between the two teams and a trophy was given to the winning team. 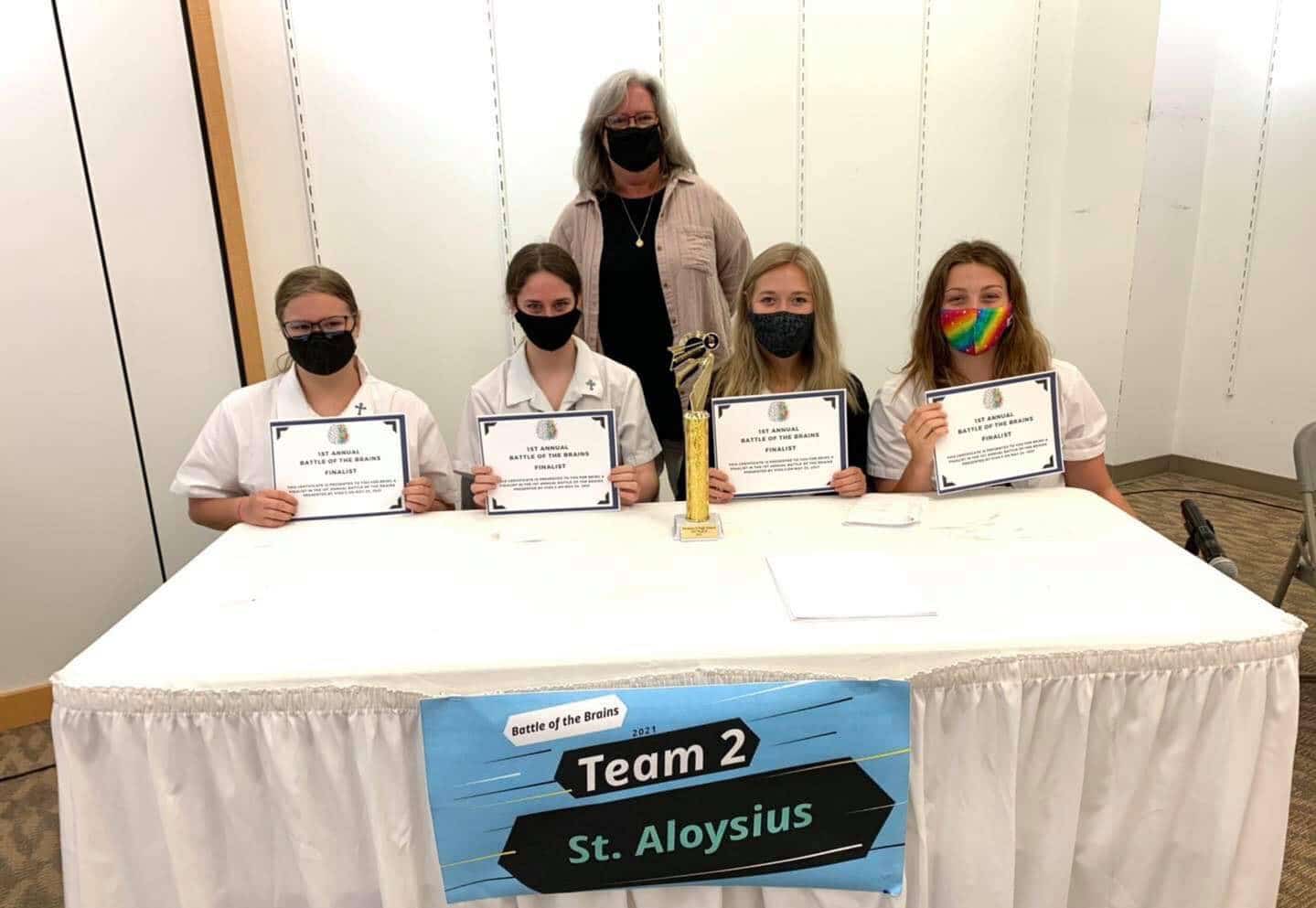 St. Aloyisus captured the win in the high school division (photo by V105.5)