Although Daniel Thomas has been a dedicated law enforcement officer for over 18 years, he is the first to tell you that he’s a father first. So when the opportunity to make a child’s day presented itself, he took it.

The Warren County Sheriff’s deputy was at Dollar General checking on the employees when he noticed 3-year-old Julian Smith waving at him.

“At first I just spoke to him, and he was super excited that I spoke,” Thomas said.

Thomas said he was in his patrol car preparing to leave when he asked Julian if he wanted to look inside. Both Julian and big brother, 5-year-old Carlito, jumped at the chance.

The boys’ mother, Farris Saldana, was shopping for last minute party supplies because it was Carlito’s fifth birthday.

“When they saw him, Julian started waving really big. He was so excited. And then, instead of leaving, Daniel Thomas pulled back in and asked the boys if they wanted to get in and see how the lights and everything worked,” Saldana said.

Thomas is no stranger to talking to children about his job. He has visited schools many times in his career.

As a firefighter with Culkin, he would often take the fire trucks to Sherman Avenue to let the kids see the equipment. He has done the same as a deputy. 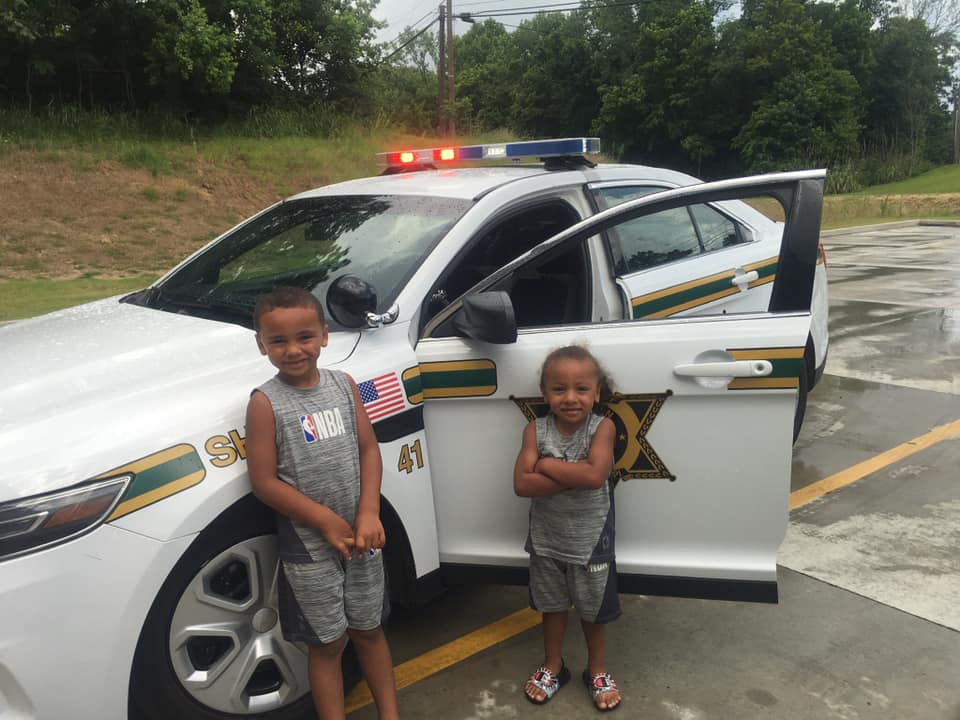 “These kids are our future. I want them to know they don’t have to be scared of us, that we’re here to help them. The last thing I want to hear is a parent telling a child ‘You better be good or I’m going to have that cop throw you in jail,’” Thomas said.

Saldana said Thomas made such an impression that the boys got home and were excited to tell all the other kids about their experience.

Thomas said, “As an investigator, I’ve seen some things that pulled every heart string I have. So anytime I get a chance to help a child, I take it.”

As for the boys, the experience made a happy day of celebration even more exciting.

Saldana said, “Oh, it’s a memory they will never forget! I think it’s just amazing that he went out of his way to let the boys have that exciting experience.”