Back to School Bash accepting school supply donations until noon

Once upon a time, in a small Mississippi town called Satartia...there was a catfish race

Catfish races, fireworks and more at Eli-Pride of the Yazoo River Festival in Satartia July 30

Mississippi Children's Museum to host Christmas in July on Monday

Benefit for Jeff Crevitt to be held on Sep. 22

Vicksburg Convention Center to feature "Those who can, do; AND teach"

Into the Woods premieres tonight at The Strand Theater
(Credit: "Do It With Your Boots On" event by Trina Lloyd)

An event is being held on Sep. 24 to celebrate the life of Kealen Andrews, who lost his life in a fire last September. The event, “Do It With Your Boots On”, will begin at 6 p.m. at the Vicksburg City Pavilion.

Admission will be priced at $10 for adults, with kids gaining entry for free.

All proceeds for the event will go to the Kealen Andrews Community Scholarship Fund.

Vendors are also being sought for the event. View the flyer below for more details. 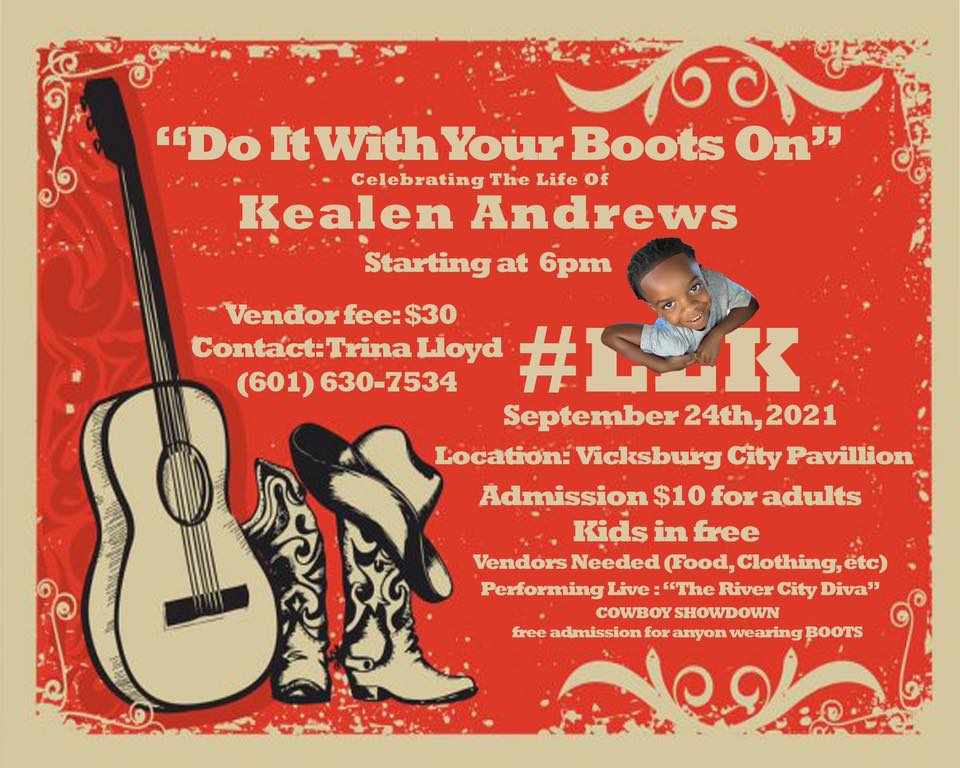 (Credit: “Do It With Your Boots On” event by Trina Lloyd)

Last September, six-year-old Kealen Andrews died in a fire in Warren County. Two deputies and a neighbor attempted to rescue the child from the flames, but were unsuccessful.

Fisher Ferry firefighters arrived and took down the blaze and recovered Andrews, however he was pronounced deceased at the scene.