Bad news for the 2022 hurricane season: The Loop Current, a fueler of monster storms, is looking a lot like it did in 2005, the year of Katrina
(credit: NOAA)

As confidence increases that Invest 92-L will develop into a tropical depression or even a hurricane, Warren County Emergency Management Director John Elfer is encouraging area residents to prepare.

When reached early Wednesday morning, Elfer said he would have a better grasp of the potential impact on Friday but he encouraged people to prepare saying “ if not just for this event but potential storm events in general.” 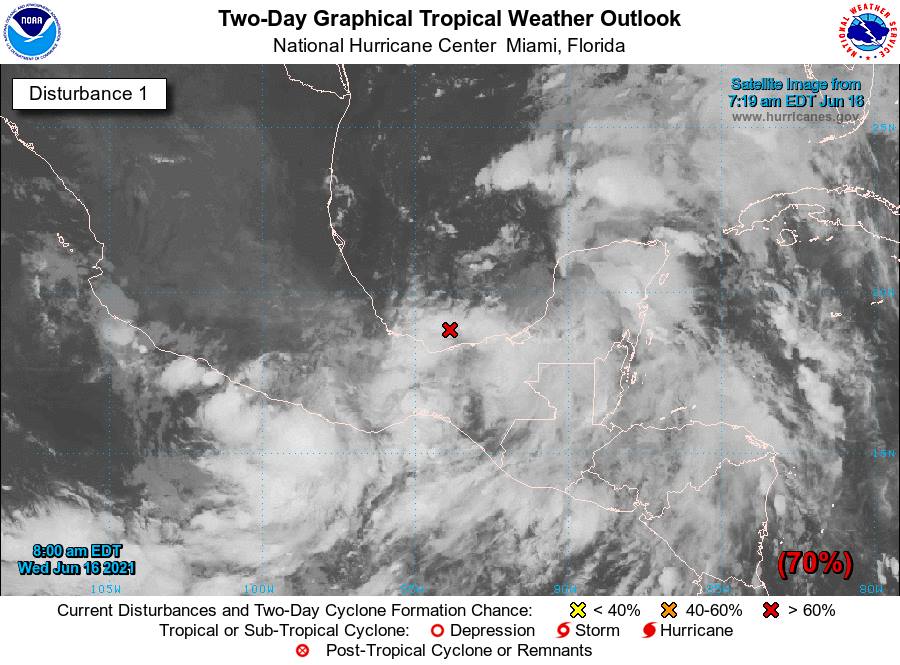 The slow moving largely disorganized storm has lingered near the Bay of Campeche so far this week, with a broad low pressure system fueling its development. It’s expected to move out into the gulf late Thursday into Friday. If it reaches major storm status, it will be the third storm of the 2021 season and gain the name Claudette. 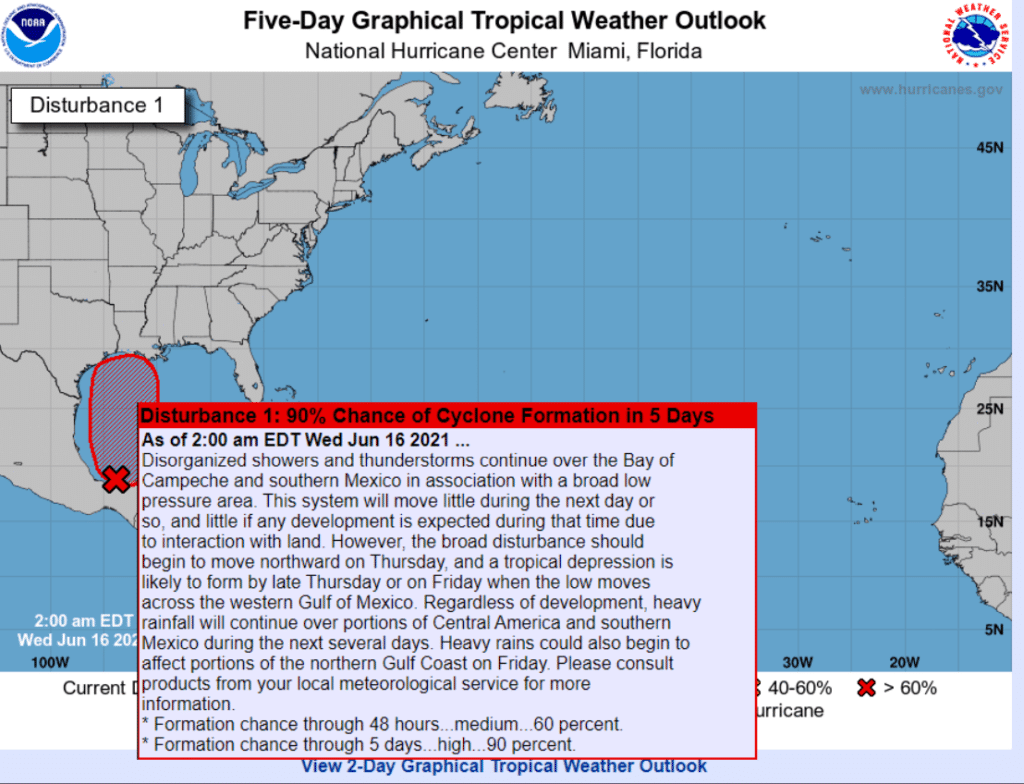 Current global model runs as of late Tuesday show the system starting to move north into the central Gulf on Thursday and then into the north/northwest Gulf on Friday. They show the system developing and moving inland Saturday somewhere around southeast Texas or southwest Louisiana.

We encourage you to think about preparations for an intense rain related event throughout the weekend. Although it is still very early in prediction of this storm, it appears that rain and normal isolated thunderstorms will be the biggest potential threat from this storm.

Claudette is officially named as it moves into Louisiana early Saturday