Jackson, Miss. – Megan Mariah Patrick, 36, of Terry, Mississippi, has pleaded guilty to a six-count federal indictment charging her with unauthorized representation of claims against the government and false statements to a federal agency, announced Acting U.S. Attorney Darren J. LaMarca, Special Agent in Charge Dax Roberson with the U.S. Department of Agriculture Office of the Inspector General, and Special Agent in Charge Rodregas Owens with the Social Security Administration Office of the Inspector General – Atlanta Field Division. 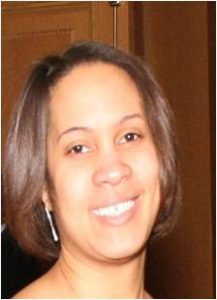 The indictment, handed up by the federal grand jury on March 16, 2021, charges Megan Mariah Patrick, Rural Development Loan Specialist with the United States Department of Agriculture in Jackson, Mississippi, with three counts of unauthorized representation of claims against the United States, and three counts of false statements to a federal agency.

Patrick appeared for a change of plea hearing on October 27, 2021, before United States District Judge Kristi H. Johnson in Jackson. Patrick was released on conditions of bond pending sentencing.

Patrick will be sentenced on February 1, 2022, and faces maximum penalties of 5 years in prison for each count of unauthorized representation, as well as for each count of false statements, for a possible grand total of 30 years, and 3 years of supervised release following any term of imprisonment. Each count also can merit a fine of up to $250,000.

The case is being prosecuted by Assistant United States Attorneys Theodore Cooperstein and Kevin Payne.

Four arrested in Forrest County for exploitation of minors