Homeowner David Thrash, his family and their dog Laney made it safely out of the home, located at 16829 U.S. Highway 465, although their terrier Doodles was temporarily left behind. 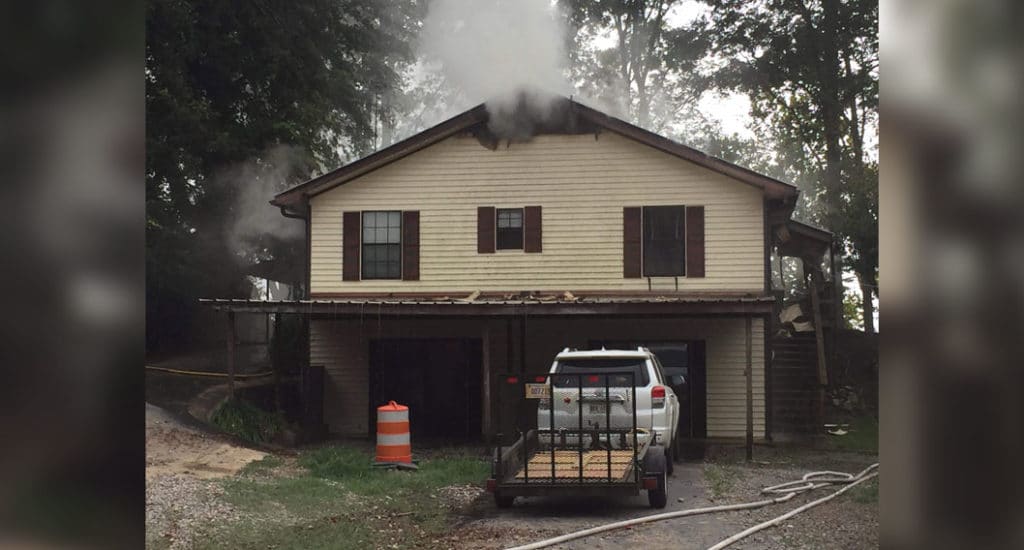 The house was engulfed in flames,with Doodles nowhere to be found (photo by Thomas Parker).

County Fire Coordinator Jerry Briggs and 911 Director Shane Garrard rescued Doodles from the house, getting down on their hands and knees in the living room to chase down the panicked pup. 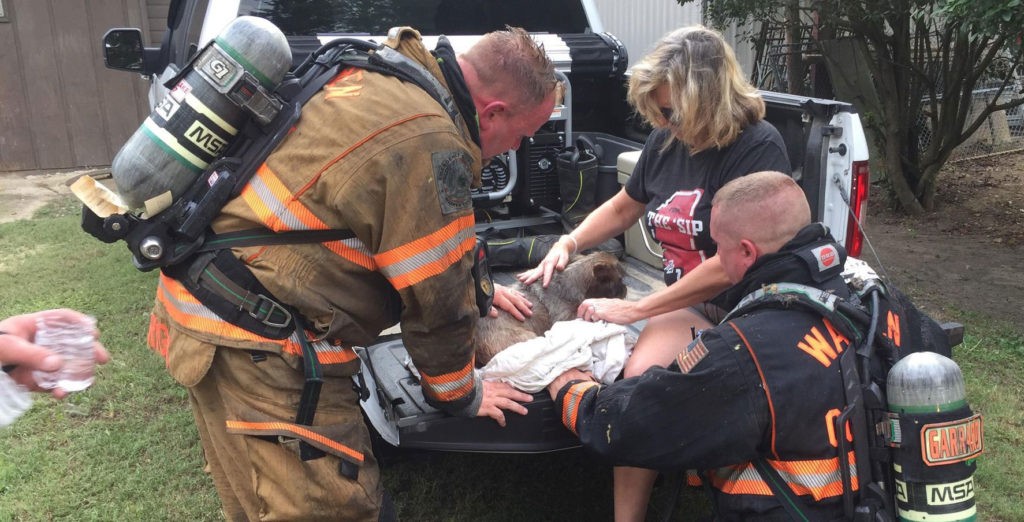 Thrash was glad to see Doodles made it out. His eyes had tears in them when he realized his beloved fur baby was OK. 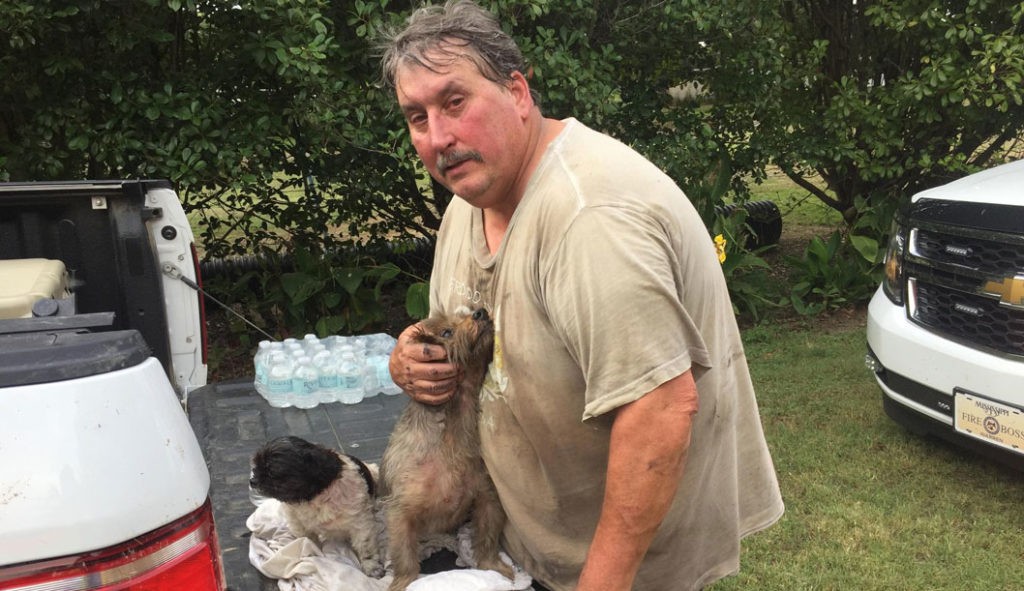 David Thrash and Laney reunited with Doodles, safe from the fire. (photo by Thomas Parker).

The cause of the fire is not known at this time; however, Thrash believes he may have left a burner on in the kitchen.

‘Down here in the South, we love one another’