VWSD parent concerned child was asked to wear mask during practice, we reached out for clarification

This story was written by Geoff Pender and Bobby Harrison and originally published by Mississippi Today. 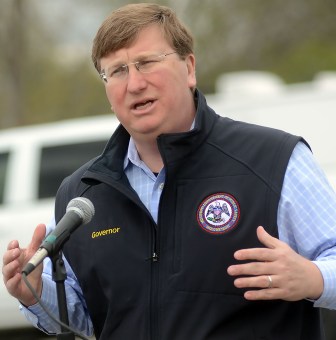 Gov. Tate Reeves on Thursday signed a bill into law that will allow thousands of people in prison in Mississippi to become eligible for parole — an effort to address the state’s prison crisis of overcrowding, inhumane conditions, harsh sentences and federal scrutiny.

Reeves’ approval comes after he vetoed a similar measure last year, with some law enforcement, prosecutors, lawmakers and others saying it went too far.

“Criminal justice reform,” Reeves said on social media Thursday. “It means a lot of different things to different people. A measured approach to 2nd chances is good — a knee-jerk reaction can harm public safety. My #1 focus in these troubling times will always be to protect MS communities.

“My conservative (legislative) friends that voted against this bill did so based on valid concerns,” Reeves said. “I share many of them which led to last year’s veto. I also believe in 2nd chances. I trust my Parole Board appointees to make wise decisions. SB2795 was not an easy call for me. But, at the end of the day, I believe it meets my standard for a measured approach, & with proper implementation, it can be a net positive for MS. Therefore I signed SB2795 into law earlier today. May God bless Mississippi!”

Among the problems cited by Reeves last year when he vetoed similar legislation is that it would grant parole for those convicted of murder and sex offenses. Legislators said those issues were fixed in this year’s version of the bill.

“It gives those inmates some hope — hope that one day they might get out if they live up to the conditions spelled out in the bill,” said Sen. Juan Barnett, D-Heidelberg, the author of the bill. “It is not a get out of jail free bill. You have to earn your way out.”

Barnett said as many as 3,000 of the state’s roughly 17,000 people now in prison could become eligible for parole within three to five years under the new law.

“And it is good for the taxpayers of Mississippi because it provides the opportunity to save some money and correct a system that is not working. It is an overall good bill for the state of Mississippi.”

House Judiciary B Chair Nick Bain, R-Corinth, has worked in recent years to ease sentencing guidelines to reduce the prison population so that the state can better deal with a potential lawsuit by the U.S. Department of Justice over the conditions of the Mississippi prisons.

“I think we took a big step today moving the needle toward fixing our Corrections system,” Bain said. “I think we sent a message that we are serious about fixing our problems.”

In Alabama, a similar prison crisis has resulted in taxpayers facing a $1 billion bill to meet federal mandates to fix the system.

Barnett added, “A lot of people worked on this — Republicans and Democrats. It shows we can put politics and partisanship behind us and work for the good of the state.”

Criminal justice reform in Mississippi — with the second-highest incarceration rate in the country — has been supported by a growing coalition of conservative and progressive groups.

“Legislative leadership and stakeholders from across the criminal justice system worked very hard this year to craft meaningful parole reform that puts public safety first while providing opportunity for rehabilitated individuals to earn redemption,” said Russ Latino, president of the conservative-leaning Empower Mississippi. “In signing this bill, Gov. Reeves is helping to address the overcrowding problems created by the Clinton-Biden Crime Bill in the mid-1990s. It should be seen as a signal to the Department of Justice that we are prepared to get our own house in order, without costly federal intervention. This is a smart on crime, soft on taxpayer conservative reform.”

FWD.us state director Alesha Judkins in a statement said: “Today is a big day for Mississippians across the state, particularly for people and families who sadly, know firsthand just how devastating the state’s incarceration crisis is, and who have, alongside other advocates, pushed to ensure meaningful opportunities for release for their loved ones.

“These reforms will help Mississippi begin to address its dangerously high prison population and high imprisonment rate. By expanding parole eligibility, the state has joined several other Southern states in passing common-sense criminal justice reform measures that have safely reduced prison populations and decreased crime rates at the same time.”

But the measure was a tough sell in the Legislature — other criminal justice bills died this session — and faced opposition from some law enforcement and other groups who said it would allow dangerous criminals out early and ignores the rights of victims of crimes.

“I don’t have a problem with giving people a second chance,” said Sen. Angela Burks Hill, R-Picayune. “But this includes violent crimes, not just nonviolent. These people were sentenced under one set of rules, with victims told how long they’d get and judges issuing sentences thinking they were based on day-for-day, and now the rules changed. It sends a mixed message to victims. I’m not for letting armed robbers and armed carjackers out after 60% of their sentence.”

Sen. Chad McMahan, R-Guntown, said he voted against the bill because he was urged to by constituents and law enforcement in his district.

“I represent my district. The governor represents the state as a whole and a majority of senators across the state supported the bill,” McMahan said, adding he would support an early release program that required people who gained the release to work and have a mentor.

This work was originally published by Mississippi Today and is republished here under Creative Commons license.

Zuma is doing well in recovery