A biologist explains the science of murmurations

Space missions to watch in the coming months

When endangered species recover, humans may need to make room for them – and it’s not always easy

E.O. Wilson’s lifelong passion for ants helped him teach humans about how to live sustainably with nature

According to NASA Science, an almost total lunar eclipse will occur Nov. 19 at around 3 a.m. for those in Central Time. NASA states 99.1% of the moon’s disk will be within Earth’s umbra, the darkest part of Earth’s shadow.

The eclipse will be visible throughout the United States, as well as a large portion of South America. 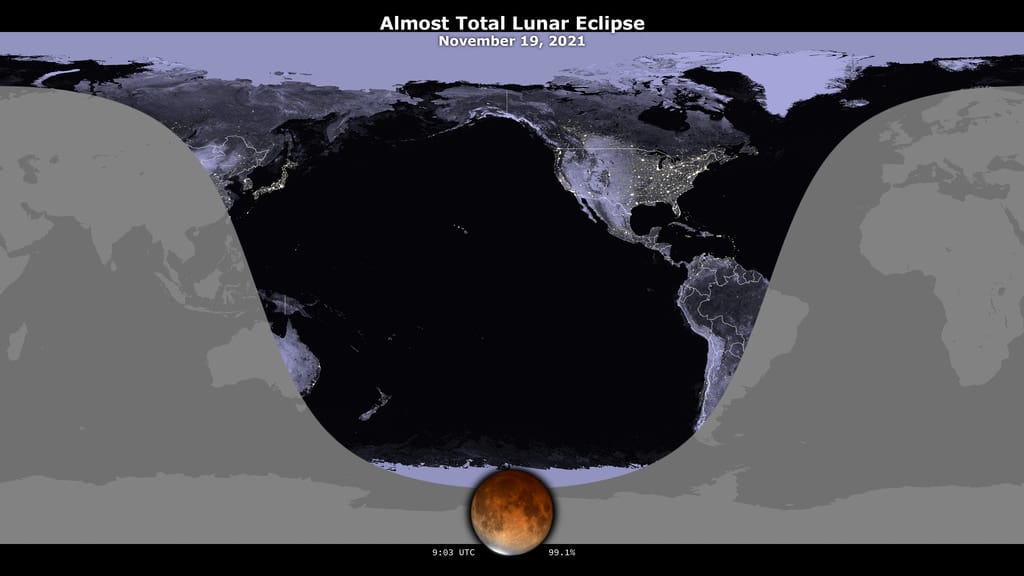 The next longest partial eclipse will occur on Feb. 8, 2669.