Portion of Adams Street will be closed for maintenance

Brown arrested for the murder of former Vicksburg resident

Meadowbrook Drive resident injured after someone shot into his home

A house fire on Spring Street caused the entire downtown area of Vicksburg to be covered in a cloud of smoke. The fire was called into dispatch at 8:19 p.m.

When firefighters arrived, smoke and flames were visible. They ended up charging three separate lines to quench the blaze. 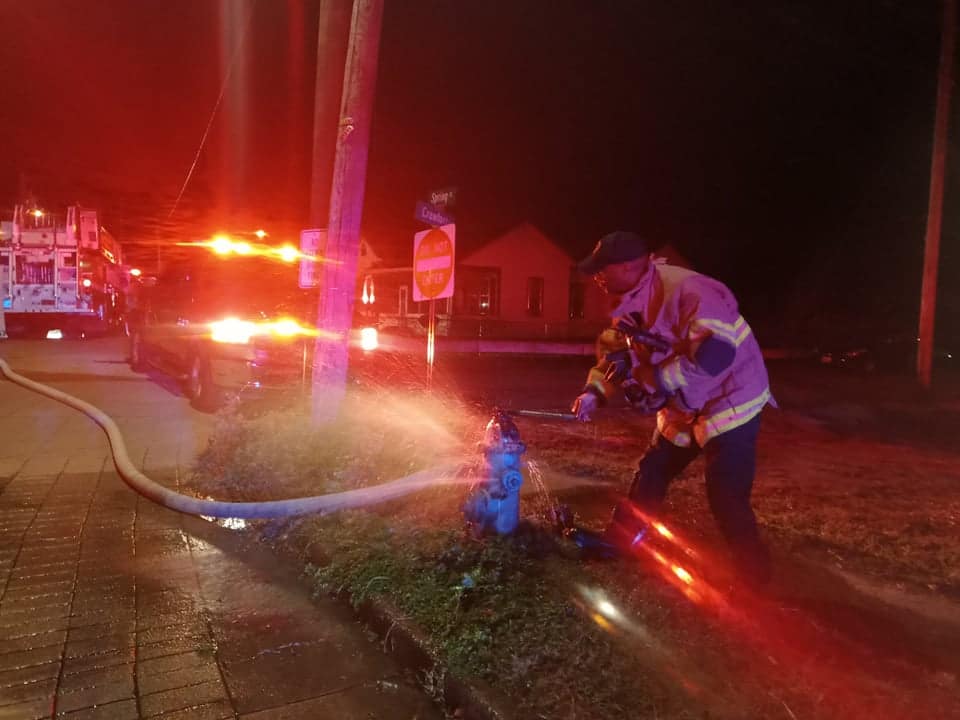 A firefighter opens a hydrant to charge a line. Photo by Tessa Elizabeth Scandizzo

Official details of the cause have not yet been released, but credible sources mentioned that the fire was the result of someone at the residence attempting to exterminate a raccoon in the home. From radio reports, the individual was trying to burn the raccoon out of the attic and the house accidentally caught on fire.

Upon arriving to the scene, police reported that the raccoon was seen sitting outside of the house unharmed and proceeded to climb a tree to safety.

No one, including the raccoon, was injured in the fire.