Johnnie Rivers, owner of Sports X in El Paso, organized the great art piece along with Alonzo Stevens who presented it to Markham a couple of weeks ago in Jackson. 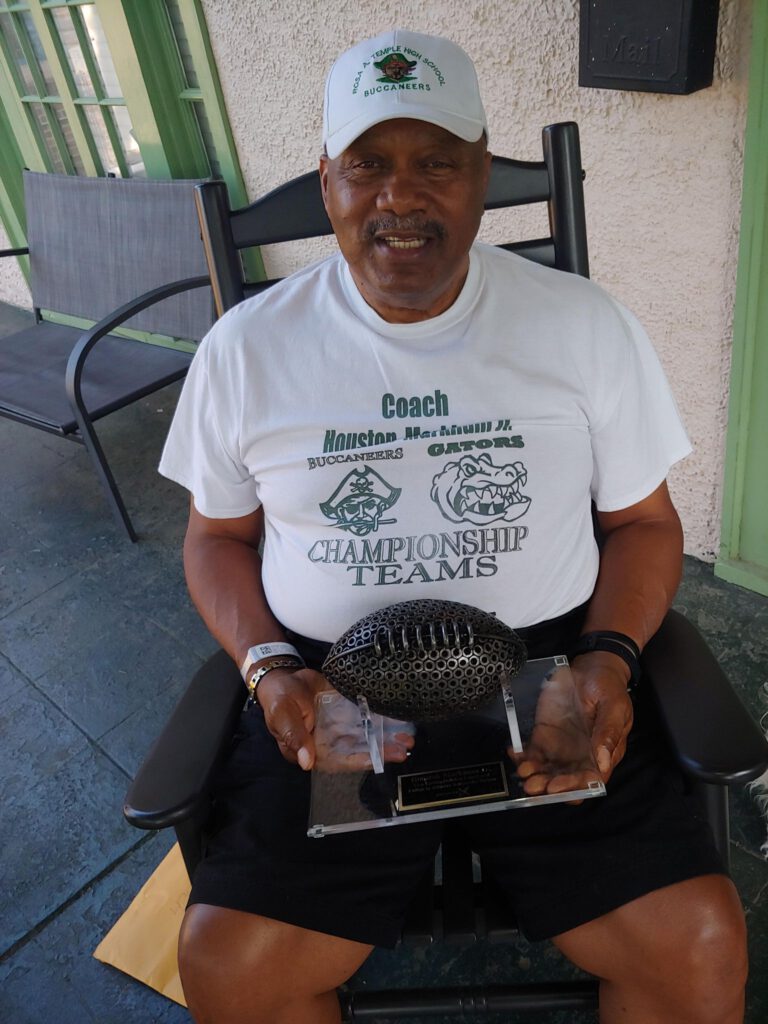 Houston Markham made a name for himself as a football coach, taking over Temple High in 1967 and left with a 63-16-3 overall record.  He became Alabama State University’s head in 1987 after spending years as an assistant coach at Jackson State. Markham is still the winningest coach in ASU’s history.

Markham has a great legacy of coaching many young men. The collectible sports art that was given to his wife of over 50 years helps to ensure that his good deeds will never go unnoticed.

As a thank you, Annie Pearl Markham wrote Rivers a letter of appreciation: 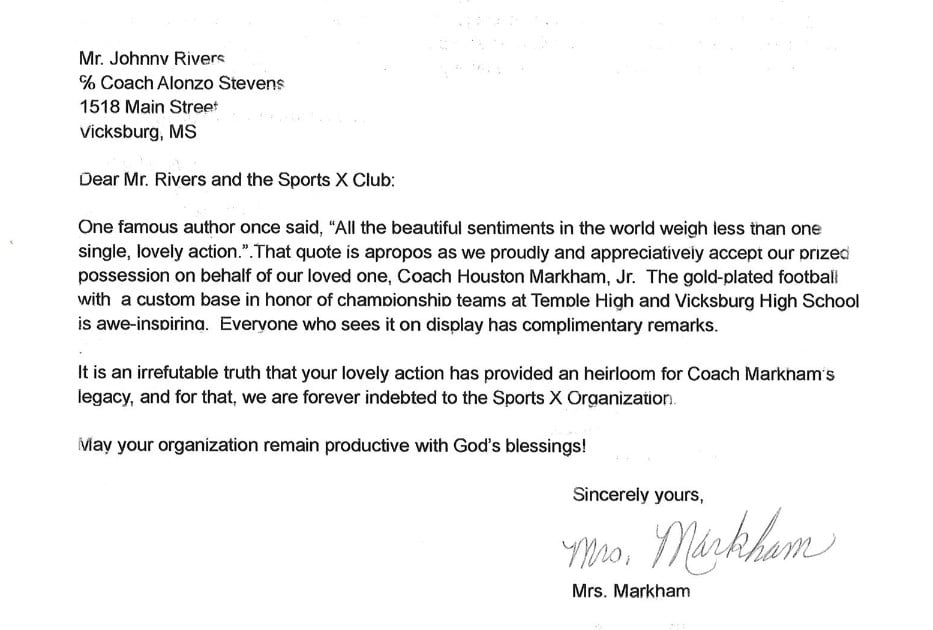 Markham was inducted in the Vicksburg-Warren School District Hall of Fame in 2017, just two years before his death in 2019 at the age of 75.

Brett Favre repays the $600,000 in welfare dollars he took — but not the interest, auditor says