A Jackson Lyft driver that survived being shot multiple times at close range says she is ‘grateful to be alive’.

Brandy Littrell picked up 17-year-old Dontarius McGee at Spring Lake Apartments in Byram on the afternoon of Tuesday, Nov 2.

At some point on the trip, McGee pulled a gun on Littrell and forced her into the backseat. He then drove to an apartment complex off of Beasley Road in Jackson, while asking for her money, her phone password, banking pins and other information.

When they arrived at the Wimbleton Court apartment complex, McGee made her walk into the woods. 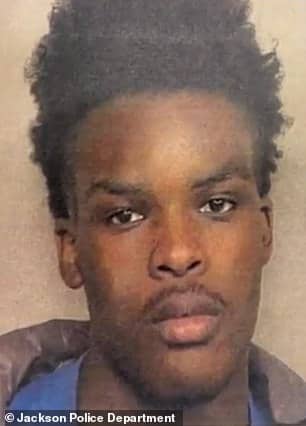 Her attacker continued to shoot her a total of seven times before stealing her phone and car, and leaving her for dead.

After McGee left, somehow, Littrell managed to drag herself to safety.  She says she did it for her family.

“I don’t want my family not to know what happened to me,” Littrell told WLBT. “And so I’m like crawling out of the woods, and get enough strength to stand up.”

“It took every strength in me because, at this point, I am concerned (because) my grandmother is at my house, and I was worried he was going to go after her.”

A resident at the apartment complex found her and called 911.

McGee was later arrested at his place of employment near Beasley Road and Atkins Boulevard.  He confessed to the crime and was charged with aggravated assault, carjacking and kidnapping.

Jackson Police say McGee is being held without bond and will be tried as an adult.  They also said it is possible the charges will be upgraded in this case and he could be a suspect in additional robbery cases.

“He did confess to the crime. He did confess to calling the female up for the Lyft driver,” Deputy Chief Deric Hearn said. “It is my understanding through our interview with this individual, this is not the first time this has occurred.”

Littrell was treated at UMMC for injuries to her leg, arm, back, stomach and breast. Despite being shot multiple times at close range, Littrell was released in about a week.  Each of the bullets had missed vital organs and arteries.