Key City Brewing Co. is adding an extension next to Cottonwood Public House

Mayor Flaggs issues Proclamation of a Local Emergency for Vicksburg

Expanding the use of prescribe fires for battlefield landscape management

Private Mark Dave recognized for 10 years of service to community

Cottonwood Public House and Key City Brewing Co. are working together to open an extension of the brewery downtown in the next door building, formerly the location of Willingham’s. 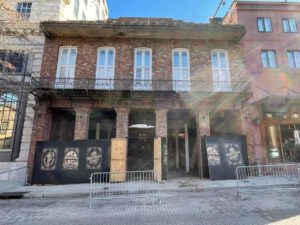 The building, formerly the location of Willingham’s, is now under construction

Cottonwood Public House, owned by Tim Cantwell, is unlike any other eatery in Vicksburg. It’s the only place in the city of Vicksburg with a brewery. The brewery, known as Key City Brewing Co., is well known for making various feel-good brews that turn first time customers into regulars. There are several different specially designed beers available that suit a variety of palates.

Cottonwood also has a selection of meticulously crafted cocktails that appease many guests. Before Cottonwood and Key City merged to open their doors on January 28, 2018, the building was renovated and transformed from a sports bar into the cozy, bright, and modern venue it is today.

Key City was started by Zack Erickson who once worked in the video game industry. His former profession led him to San Diego which is famous for its craft beers and breweries. In San Diego, Erickson worked for Sony in a building that shared a parking lot with a brewery called Karl Strauss. This began to peak his interest in craft beer. 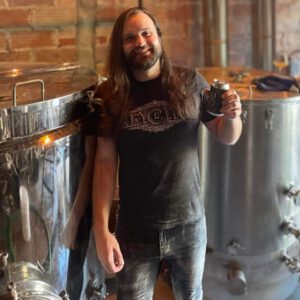 Originally focused on developing games, Erickson and his team built the popular PlayStation franchise known as “Ratchet and Clank.” When he discovered his passion for brewing craft beer, Erickson was in the process of working on the game, “Sunset Overdrive” for Insomniac Games.

Erickson received his first “at-home brewing kit” during a game of White Elephant at a family Christmas party. He noted that he was curious about learning to brew and so he determined himself to take the kit home. After successfully winning his prize, he began to experiment with crafting on his own.

“The first batch I brewed was not so good,” Erickson mentioned, “but it made me curious so I continued to experiment with brewing and eventually it started tasting great. It only got better and better from there. After the first try brewing, it just really hooked me. I loved it, it was so much fun!”

When asked what was most exciting about brewing craft beer, Erickson responded, “I pour my life into all of this; it’s my passion. I love what I do. Many people don’t realize that brewing beer is an ancient tradition. It’s all very romantic if one chooses to think of it that way. I want to share that craft with people.”

The first beer that Key City shared with the public was their popular Blonde Ale known as “Mississippi Queen.” The Queen did so well that it was completely sold out within the first 6 days of being available. This only set the stage for Key City to continue creating beers and adding to what was available. The brewery now has Pilsners, Lagers, Sours, IPA’s, Belgians, Irish Ale, and Stouts among other varieties and seasonal specials. 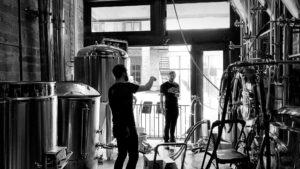 Key City first offered their original brew to guests on February 28 of 2015 when Zack Erickson celebrated marriage to his wife, Kate Erickson. Their wedding took place just 3 days after the completion of “Sunset Overdrive.” Since then, the two have supported each other through the growth and expansion of the brewery. According to Zack Erickson, Kate Erickson has been, “a major motivator in me pursuing my passion for the art of crafting.”

The Key City Brewing Co. extension is expected to open by late spring. Construction is currently underway. The owners and staff have been hard at work to accommodate the transition and expedite the new development.

Zack Erickson stated, “Our intention is to share our beer with more people, but not everyone knows we’re here.” It’s safe to say that whether you visit Cottonwood and Key City to enjoy one of the restaurant’s gourmet pizzas or to indulge in one of the brewery’s locally made beers, a lot of love and effort has gone into these progressive businesses. Thanks to the passion and dedication of individuals with unique talents, Vicksburg is evolving to create a more social and expansive atmosphere.