Last chance to audition for Rocky Horror at Westside Theater

Thanksgiving hymns are a few centuries old, tops – but biblical psalms of gratitude and praise go back thousands of years

Local Theater Review: Into the Woods at the Strand, by David Day

Creative teens have a chance to win college scholarships

A Devil Inside: Feet, a table, and sometimes, two chairs

‘Is It Cake?’ feeds viewers visual catharsis for uncertain times

Gallery: Nature's beauty can be found in our own back yard

"Vicksburg is a city of art." - Lesley Silver 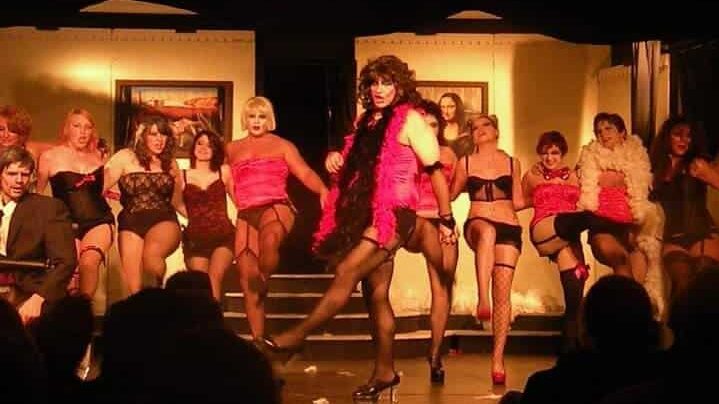 Today is the last day to audition for this season’s performance of the Rocky Horror Show at the Strand Theater.

Westside Theater Foundation, under the direction and production of Jack Burns, has been performing the Rocky Horror Stage Show on Halloween each year at midnight since 2010. The show first kicked off at the Coral Room located in The Vicksburg, and has since moved to the larger stage at The Strand. With the exception of a hiatus taken during the pandemic, the show picked up where it left off again last year for another successful run.

Talented locals throughout Vicksburg have taken turns reviving the classic roles of Frankenfurter, Brad, Janet, Columbia, Magenta, and Riff Raff along with the rest of the beloved characters from the popular cult classic. This production is unique in the way that it has always aimed to push parameters and conservative boundaries, offering a raunchy and highly entertaining option for adults during the spooky later weekends of October. Guests attending the performances are encouraged to grab a prop bag which allows them to interact with the performers. They are also allowed to shout out witty comebacks in response to famous lines being said by the actors.

For those who have been around Vicksburg in the last decade, this has become a favorite event this time of year. It’s common to see sold out audiences indulging in merriment and laughter. To add to the excitement of this production, attendees can enjoy alcoholic or non alcoholic beverages as well as snacks which are served at the concession. Typically, guests arrive dressed as their favorite characters and can enter a costume contest proceeding the show for a prize.

This year will be no different. Auditions were first held on Wednesday, August 17. For anyone who is interested in becoming part of this annual tradition, there is still a chance to audition today, August 20, from 1 p.m. to 2 p.m. The auditions will be closed in order to provide the most comfortable atmosphere for actors auditioning. It is requested that performers are prepared to sing at least one minute of an up tempo ballad. Rocky Horror is famous for it’s rock and roll style music, so songs which fit that genre are best.

To audition, one may sing acapella or utilize a background track if possible. A bluetooth PA system will be available to connect for music. It is recommended that a song from the show is performed during auditions, though it’s not required. Those who are unable to make it to auditions but who would like to be involved in tech or otherwise can email [email protected] with availability.

If necessary, callbacks will also take place on Saturday, August 20 between 3 and 4 p.m. Don’t miss this last chance to be a part of a beloved community event and as always, “break a leg!”