Around 2:20 p.m. a fire was reported at Vicksburg Forest Products, just off North Washington Street. A piece of machinery caught fire and was a danger to those in the area. 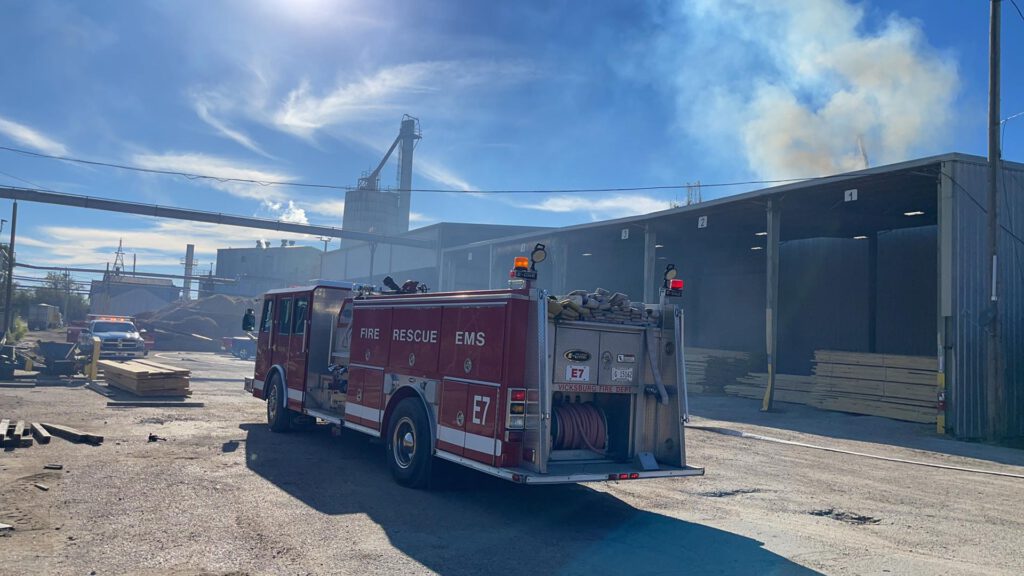 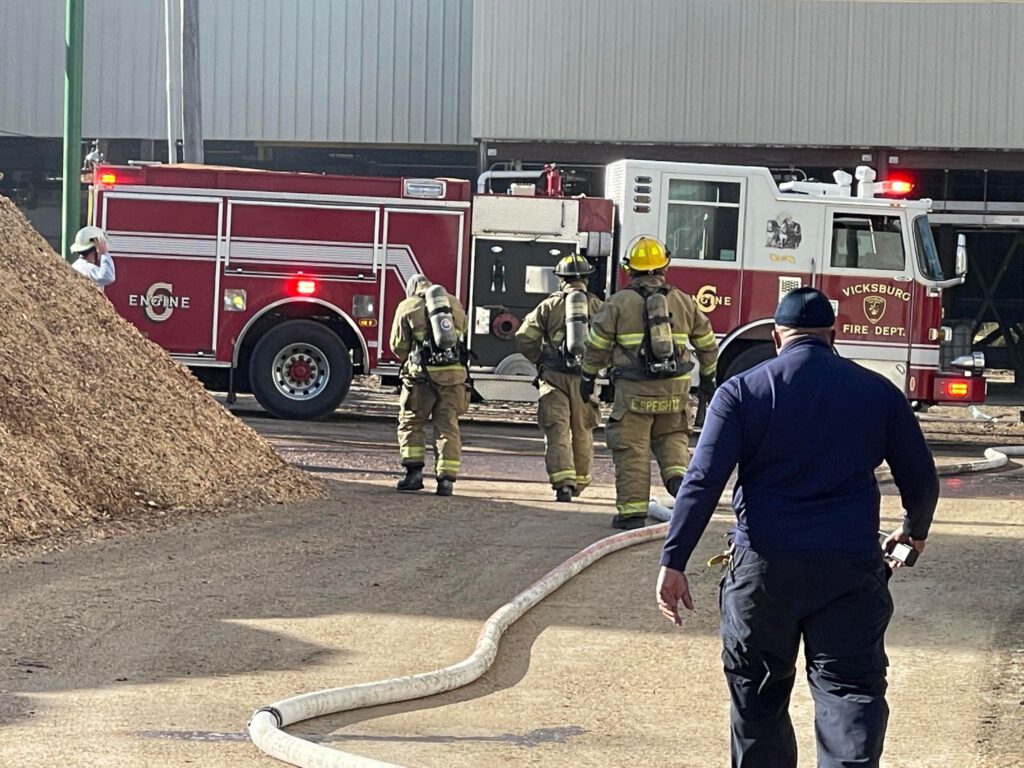 The fire was located in a piece of machinery which towered as high as neighboring roof tops. Firefighters used a deluge gun from atop Engine 9 to soak the machinery. 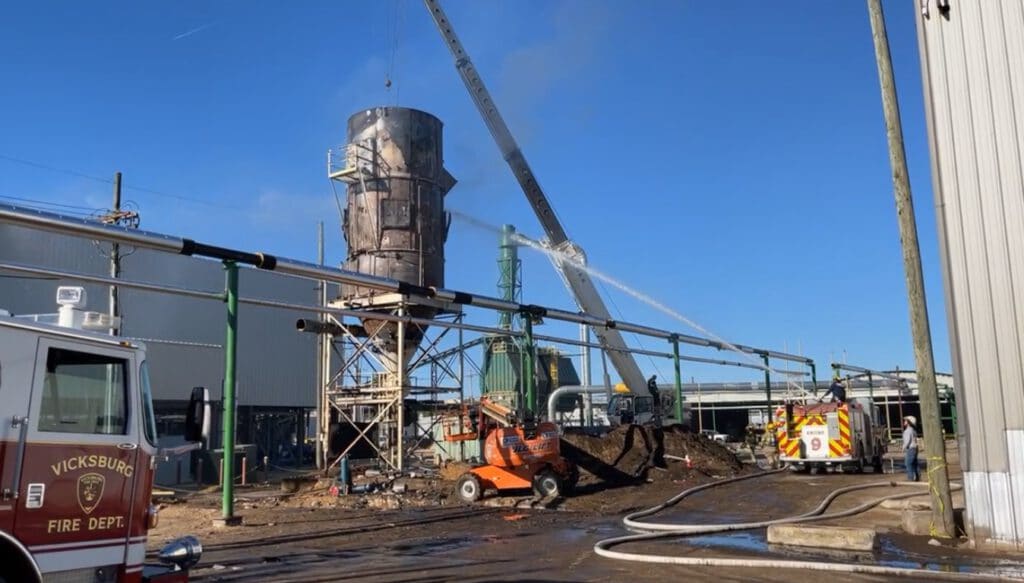 (Image via screengrab from live broadcast with Marcus James)

No injuries were reported. The caused the fire is unknown at this time. We will post an update if any information becomes available to us.