Whitetails Unlimited Banquet to be held on Tuesday

Upcoming September events at the library

Back to School Bash accepting school supply donations until noon

Once upon a time, in a small Mississippi town called Satartia...there was a catfish race

Catfish races, fireworks and more at Eli-Pride of the Yazoo River Festival in Satartia July 30

Mississippi Children's Museum to host Christmas in July on Monday

The Medgar & Angela Scott Foundation hosted a block party on Friday and many members of the community showed up and had a great time at the event.

Kids playing at the block party: Photo by Keith Phillips

Partygoers enjoyed the good vibes, food, music, prizes, school giveaways, and many other great things the event had to offer, including the vendors that were present. The Warren County Sheriff’s Department and the Warren County Fire Department were both in attendance and ensured the block party remained a safe, fun event.

Photo of Jeff Riggs and kids at the block party 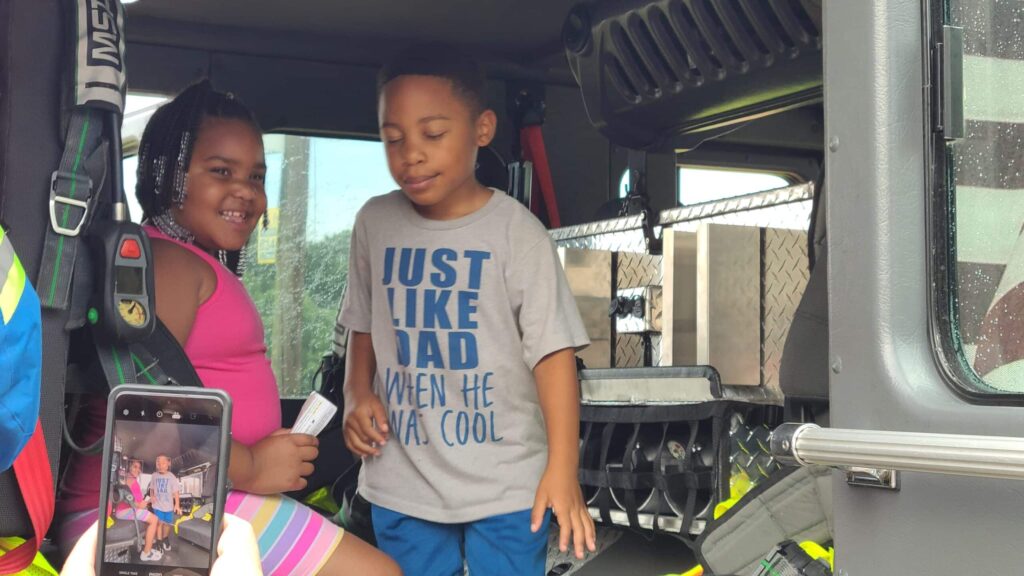 Kids playing on the fire truck

The Medgar & Angela Scott Foundation was very pleased with the number of people who came out and showed up to the block party. They have planned several other beneficial things in the community this summer, which can be found on their website.

Participants of the block party: Photo by Keith Phillips