Vicksburg woman given $5,000 bond for false reporting of crime, embezzlement

Vicksburg teen being sought in connection to armed robbery

Autumn Oaks shooting suspect turns self in, bail set
Dinesh Chawla and his wife Parveen. Photo from his Facebook page.

According to WREG in Memphis, Chalwa admitted stealing luggage from the Memphis airport. 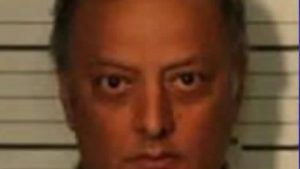 Police say Chalwa was seen Sunday taking a suitcase from baggage claim. He put the bag in his car, then went back in and caught a flight out of town. An Aug. 20 post on his Facebook page indicates Chalwa was headed to Florida for business.

Police towed his vehicle where they found several stolen bags containing thousands of dollars worth of items.

They arrested Chalwa Thursday when he returned to Memphis, charging him with felony theft of property.

Chawla is the founder and chief executive officer of the Greenwood-based Chawla Hotels, which owns 17 hotels in Mississippi, and is part of the Chawla Global Development Group. 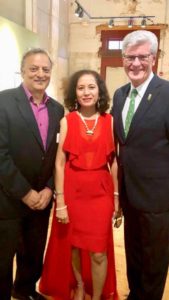 Son of an immigrant from India, Chawla leapt to national prominence in 2017 when the Trump Organization announced it would be partnering with him and his brother to build four new hotels in the Mississippi Delta. The New York Times published a profile in July 2018, emphasizing the excitement caused by the announcement across the state, especially from the governor’s office. Gov. Phil Bryant had introduced Trump to Chawla in 2016.

“There are days when you hang up the phone and say, ‘Oh, goodness gracious,’” Chawla said to the Times of his interactions with the Trumps, “but you don’t let it overwhelm you.”

Chawla’s partnership with the Trump Organization fell through earlier this year, but the flagship hotel is being completed without the Trump name. The Scion Hotel is scheduled to open this fall in Cleveland, Miss.

“Politics has become putrid,” Chawla noted in the Facebook post where he uploaded photos of himself and his wife, Parveen, in the company of Gov. Bryant.

Chawla’s Facebook page seems to have been taken down.

39-year-old woman was hit and killed by car