Mississippi man pleads guilty to manslaughter and exploitation of vulnerable person
A suspect is now in custody after leading police on a chase earlier Wednesday morning. (Photo by David Day)

A Vicksburg woman is in custody after leading police in a car chase earlier Wednesday. 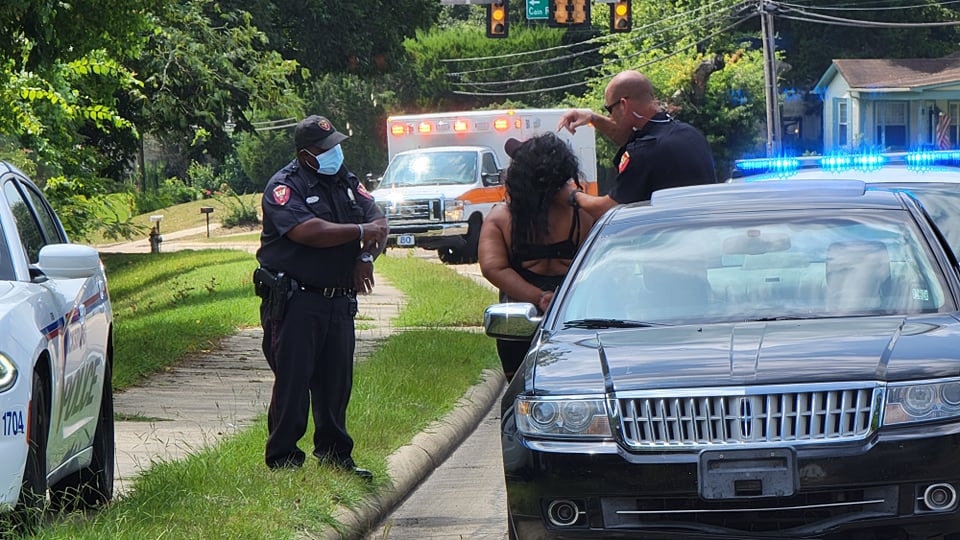 Just before 7 a.m. this morning, a Vicksburg Police Officer attempted to detain an, as yet, unnamed woman near the Kings Community. The woman was able to break away from the officer even after being tased. The woman then got into her vehicle, the black Lincoln in the photo, and fled the scene.

The suspect fled south on Washington into the downtown area, never going over 50 mph. She turned left on China Street and then right on to Cherry Street, heading south once again. When she crossed Clay Street headed south, police terminated the chase. School-age children board busses in that area around that time of day and the suspect was known to the police.

Shortly before noon, a call came in reporting a woman in a black Lincoln attempted to enter the gate at ERDC. She then exited north on Halls Ferry Road. Officer Michael Battle was in the area and spotted her vehicle across the intersection with Cain Ridge. Battle was able to successfully stop her vehicle just north of the intersection. She was placed in handcuffs with the taser from earlier this morning still embedded in her back.

EMS was called to the scene to evaluate the suspect. She was transported by officer Battle to the Vicksburg Police Department where she will face numerous charges.

The suspect’s name is not being released at this time.