Warren County Tax Assessor Ben Luckett is who determines the value of property in Warren County. The county then uses that value to determine your annual bill. 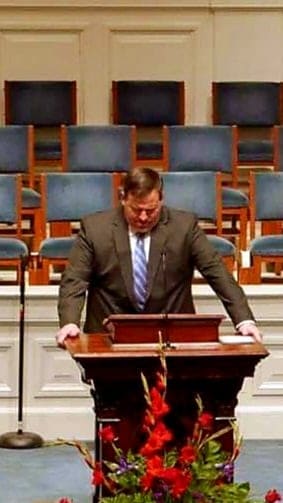 “They give us a manual to follow and we use that to determine the cost per square foot,” explained a very patient and upbeat Luckett. Every home in Warren County is unique and the build quality, the type of materials used, the condition of the property and the location all figure into the value of the home. Some of those show homes on Cherry, “…for example, would be categorized as elite builds and assessed at a higher rate than, say, a wooden shotgun house near them.”

In the last couple of years, the housing market has exploded nationwide. Mississippi is no different. If you’ve been in the market for a house, you know most homes are selling at the asking price, or above, with a lot of homes seeing bidding wars. The old system the state used to calculate home values couldn’t keep up with the current boom. So the manual which tax assessors statewide use to determine values has been updated this year to reflect the boom in housing and materials.

“The state has looked at the cost of everything, and I mean everything, to determine an updated value,” said Luckett. “Even a canopy adds value and the state has included that in the updated manual.”

Luckett, and all assessors statewide, are held to stringent standards by the state. Each year the state will send in auditors to ensure the assessors are doing their job properly and valuating properties in the county according to the most recent manual and standards. If an assessor fails to follow the proper standards the state can withhold the rolls, meaning the county won’t be able to get their money from the taxpayers. That would be catastrophic.

When Luckett was hired in 1996 he came on as part of the team who was tasked with getting Warren County back in compliance with the state-wide standards. Since that time Warren County has been able to avoid having the rolls withheld.

“Downtown has been done and the change in their valuation has been minimal with the exception of a couple of improved properties. We anticipate most of the county will be this way, but we can’t say that for sure until we get it all done. Without a doubt, some valuations will increase and some will go down, but, again, we won’t know until we get it all plugged into the system. There is no way to tell who will be impacted or in what way.”

The current value of land and property in Warren County is around $600 million. Luckett joked that someone online was taking him to task about him raising values so he can get a pay increase. “My pay won’t change until we hit 1 billion, so unless we almost double the value of properties in Warren County, that isn’t an issue.”

Train derails in Bovina, residents advised to shelter in place

Sims recognized by the Mayor and Board of Alderman