One dead in accident on North Washington Street

Vehicle forced into median on I-20 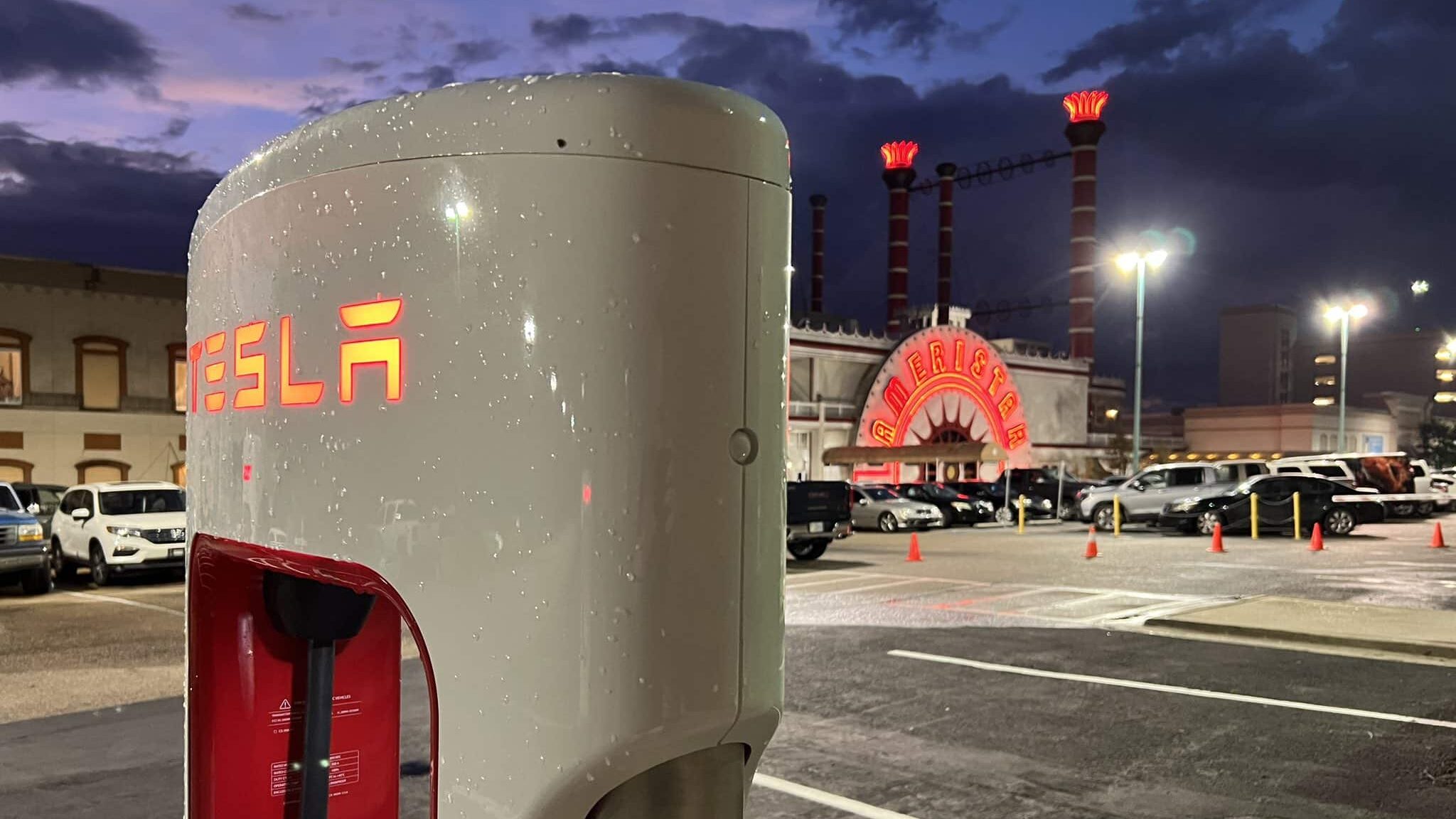 On Saturday morning, Ameristar Casino and Hotel in Vicksburg celebrated the ribbon cutting of their new Supercharger site, adding Vicksburg to the map of Tesla’s ever-expanding network of fast charging sites.

The Tesla Owners Club of Mississippi attended the ribbon cutting event and held a car show near the charging stations on the south side of the Ameristar Casino parking lot.

This comes just two weeks after Mississippi’s first Tesla dealership opened in Brandon. Tesla has one other property in the state, a service center in Pearl. Increasing accessibility and pain at the gas pump could lead more local drivers to make the switch to electric vehicles.

MDOT estimates that 22,000 vehicles cross the river at Vicksburg each day, on average. Over the course of a year, about 1.9 million of those travelers stay for a visit, making the River City a prime location for a Supercharger site to serve the 3.8 million Teslas predicted to be on the road by the end of this year.

If you think a dozen Superchargers tucked away down the hill at Ameristar is going to be difficult to find, think again. The built-in navigation system knows the location as well as the availability of each stall.

What does it cost?

Superchargers can add up to 200 miles of range in just 15 minutes, and a full charge costs between $19 and $26 depending on the model, according to Yahoo Finance.

Tesla’s Model 3 starts at $46,990, priced in line with other base model midsize luxury sedans. But you can’t fill the tank of your BMW with a $20 bill. The Model 3 achieved NHTSA 5-star safety ratings in every category and subcategory and received the IIHS Top Safety Pick+ award. So they are very safe, which is great because they are also fast.

The base model goes from 0 to 60 mph in 3.1 seconds and tops out at 162. Combine this with cutting-edge technology baked into every aspect of the car’s design, and it is no wonder that Tesla ranked as the most valuable automotive brand worldwide as well as the fastest growing brand in the world in 2021.

Tesla plans to open up its Supercharger network to non-Tesla electric vehicles in the US in late 2022, according to a White House memo. The company has already made the Superchargers available to drivers of other brands in Austria, Belgium, Denmark, Finland, France, Germany, Luxembourg, The Netherlands, Norway, Spain, Sweden, Switzerland, and the United Kingdom.

As part of a broad effort to reduce carbon emissions and fight climate change, the Biden administration has announced a five-year $5 billion plan to shore up the nation’s patchy electric vehicle charging network, tapping into the $1.2 trillion bi-partisan infrastructure deal that passed last year.

“Everyone should be able to find a working charging station when and where they need it, without worrying about paying more or getting worse service because of where they live,” Transportation Secretary Pete Buttigieg said.

VDN’s top stories of the day