Trey Smith receives the Parent of the Year Award

Bob Brasfield understood what was important in life

Eddie Maloney, President and CEO of Cowboy Maloney's dies at 71

Trey Smith, father of Redwood Elementary 5th grade student, Addyson Smith, was surprised during an assembly of teachers, students and staff at the school on Thursday by Vicksburg Warren School District (VWSD) administrators bearing balloons and gifts. VWSD Superintendent, Chad Shealy, was on hand to announce that Mr. Smith had been chosen as Vicksburg Warren School District’s Parent of the Year.

Redwood Principal, Buddy Wooten, and the Redwood staff nominated Mr. Smith citing his ongoing support and involvement in his daughter’s quality education and his extensive volunteer work at the school. Mr. Smith currently serves as the Vice-President of the PTO and has made donations to the organization throughout the year. Mr. Wooten also noted that, “Trey is always available and willing to help with any task that school officials need, and does it with a smile on his face.” 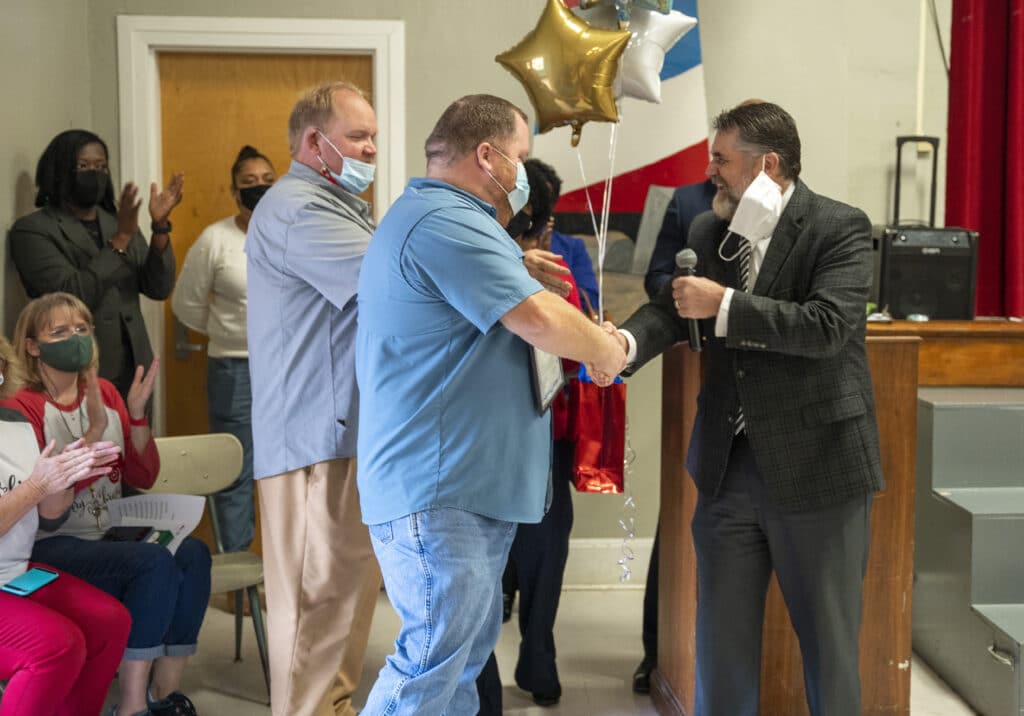 “Mr. Smith has done a great job partnering with teachers and others here at the school to ensure his daughter is equipped to achieve academically and to lead her own learning,” Superintendent Shealy said. “He has also generously given of his time to help all of the students at Redwood. He is very deserving of this recognition.”