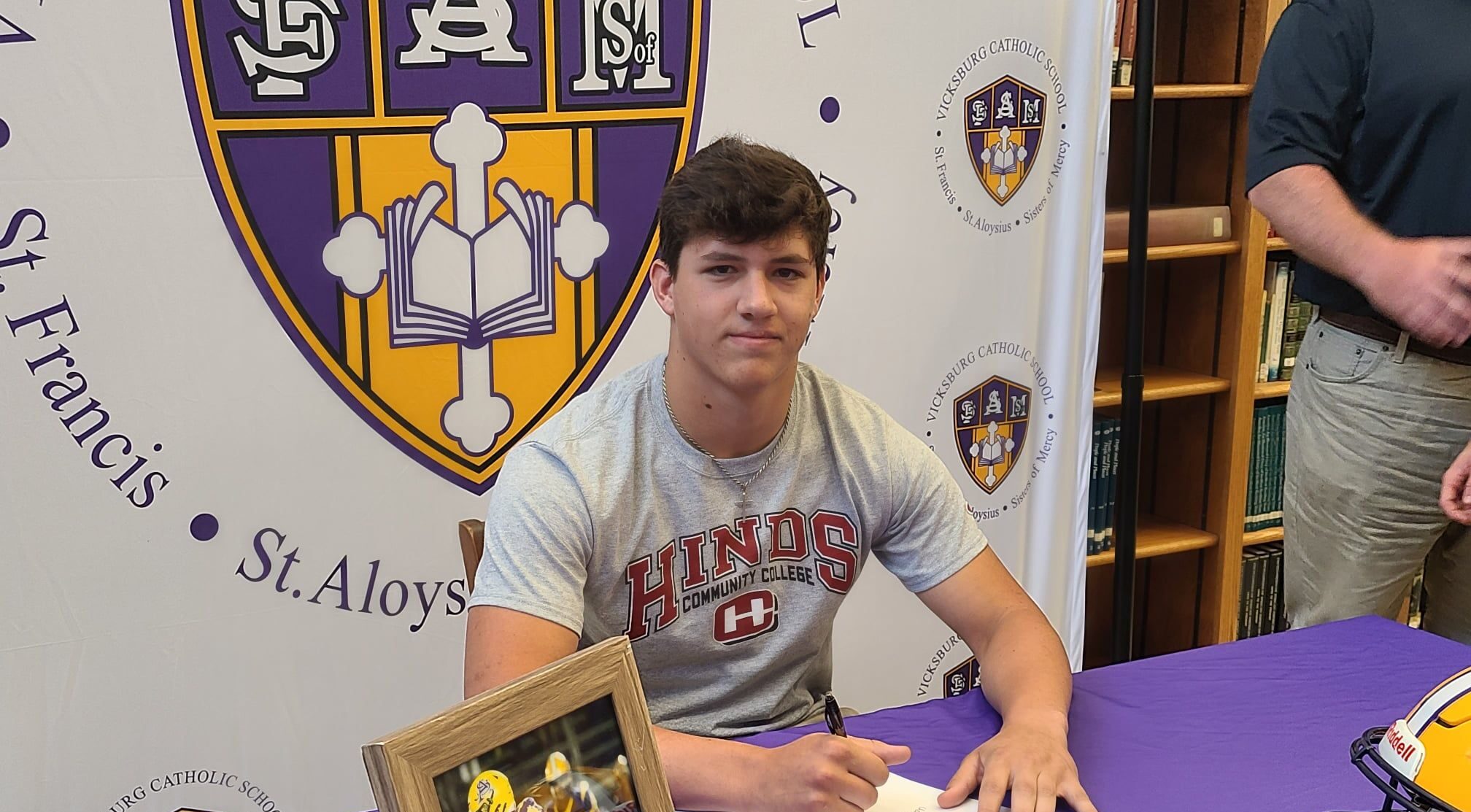 After a successful football career at St. Aloysius High School, linebacker Chase Tucker has decided to take his talents to Hinds Community College.

Tucker made his decision official on Tuesday at his signing ceremony, surrounded by supporters.

“I had a great visit down there and their coaching staff made me feel right at home so I knew that was they type of environment that I wanted to be in,” Tucker said.

Tucker has been throwing kids around on the gridiron since third grade. He only grew bigger and stronger in his teenage years. In 2020, he starred at defensive end for the Flashes and proved himself by battling inside the trenches.

Tucker made the switch to linebacker in his senior year, after putting on multiple pounds of muscle, under Head Coach Bubba Nettles.

“I am extremely proud that his hard word and dedication to his craft and position have paid off for him,” Nettles said. “He is living proof that nothing is impossible if you are willing to do anything it takes to achieve it.”

“He’s done everything he’s been asked and done it all the right way and Chase is a young man that I’m blessed to know let alone had the pleasure to coach. Hinds is getting one awesome football player and he will be an absolute star for Hinds CC. I love Chase Tucker and he set the bar high for all future flashes. I would also like to thank his parents, JT and Courtney Tucker, for believing in me and trusting me to prepare Chase for the next level and give him the best guidance I could. They are a wonderful family. It’s a great day to be a Flash. Today is just the beginning for our program.”

At his new position, Tucker mastered the game, finished with a total of 97 tackles and was named as the Co-Defensive MVP in MAIS District 3-4A in 2021.

“I think my senior year went pretty good but I felt like we could’ve accomplished more as a whole,” Tucker said.

With high school football now behind him, Tucker will soon be playing for a program which has a big reputation of developing athletes and getting them to four-year colleges.

“I’m super excited to see what I can do on the next level and I’m definitely ready and prepared for the competition.”

Now that Tucker’s hard work has paid off, he knew none of it would be possible with the help of his support system.

”I want to give a special thanks to my parents, friends, family and coaches because without them this would’ve never been possible.”

C&W Homes picked up a win on Monday