Fire News Those who keep us safe

Patrolman Michael Whitley was the first to arrive on the scene of a house fire on Farmer Street on Wednesday. Whitley lept into action, potentially saving the life of the occupant of the home. 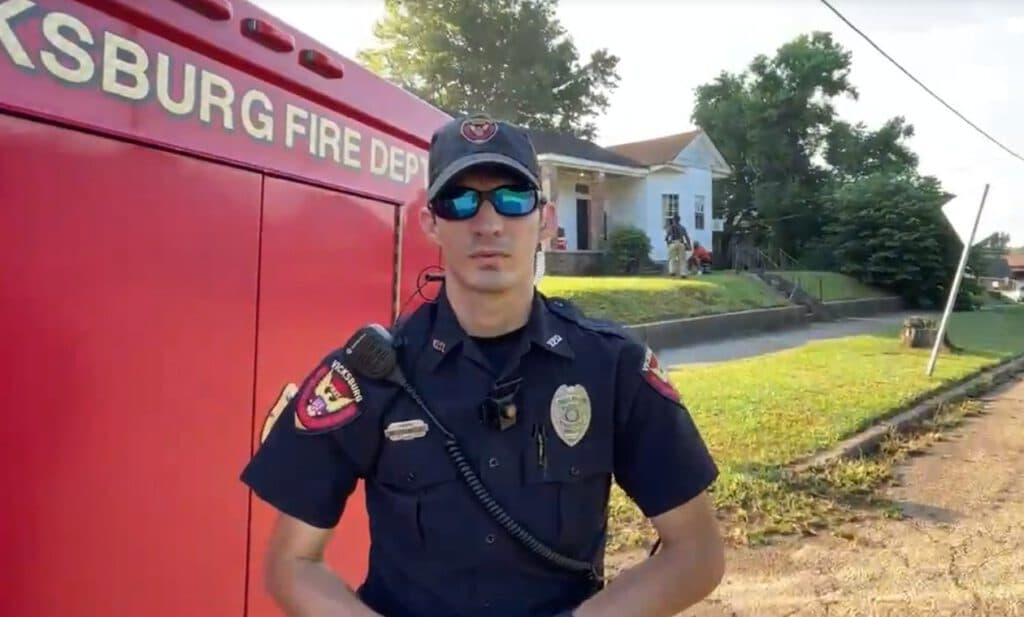 Michael Whitley (Photo via screengrab from interview with Marcus James)

“A call came out about a structure fire and we were the first ones on scene. As soon as we got on scene, I saw smoke coming out of the house,” stated Whitley.

Whitley observed two individuals on the porch flagging him down, directing him toward the smoke. 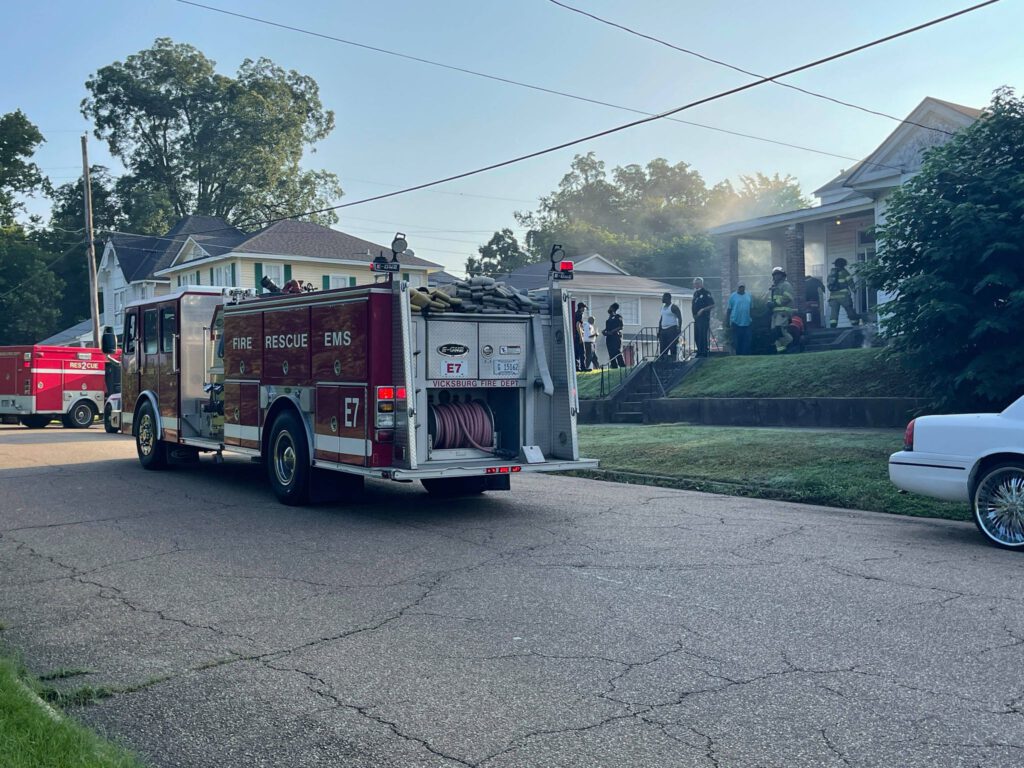 A home on Farmer Street can be seen billowing with smoke from an incident on Wednesday. (Photo by Marcus James)

“I tried to make entry through the front door but was unable to, being that the door was locked,” said Whitley. “I went around the house looking for another way to get in.”

After not being able to quickly find a way into the home, the officer went to a neighboring apartment where a bystander told him which section of the house was on fire, leaving the officer no choice but to try to kick in a door to gain entry.

Whitley said, “My only choice at that point was to try to kick the door and get inside, because I have been told this man was trapped inside.”

After using force on a door of the residence, Whitley was able to break the door enough to gain entry to the home.

“I realized there was a refrigerator behind the door, so it made it harder for other officers to get in,” explained Whitley.

After moving the blockage from the doorway and allowing other officers inside, they were able to find and rescue one individual who was in bed.

“With the help of the Fire Chief we were able to get the man out of the bed and out of the house,” Whitley stated. “I’m glad this man is safe and it wasn’t any worse than what it was. ”