Portion of Adams Street will be closed for maintenance

Brown arrested for the murder of former Vicksburg resident

Meadowbrook Drive resident injured after someone shot into his home

VPD is investigating a string of recent thefts

At about 6:34 p.m. Saturday night, a vehicle caught fire at the Circle K on Indiana on the North Frontage Road.

The dark colored Nissan pulled into the station to get some items from the store. While in the store one of the employees noticed the car had caught fire. The vehicle owner, who we have chosen not to name, went outside to witness flames coming out from under the hood. Employees and witnesses called 911 while attempting to put out the fire with fire extinguishers from the business.

It was to no avail.

The vehicle was fully engulfed in flames when the fire department arrived on scene. There was a concern over the butane tanks directly in front of the flaming vehicle but the fire was extinguished before there was any real danger of the tanks being impacted by the fire. “The fire was not hot enough to harm the tanks” said Warren County Fire Coordinator Jerry Briggs.

The Vicksburg Fire Department’s Station 2 is at 4125 Indiana and the Circle K is at 3140 Indiana, roughly a mile away. The fire department arrived on scene quickly once they received the report. Warren County Fire Coordinator Jerry Briggs was “trying to get home” and heard the call. Since he was driving down the road and nearby he went to the fire call and was the first fire fighter on scene. 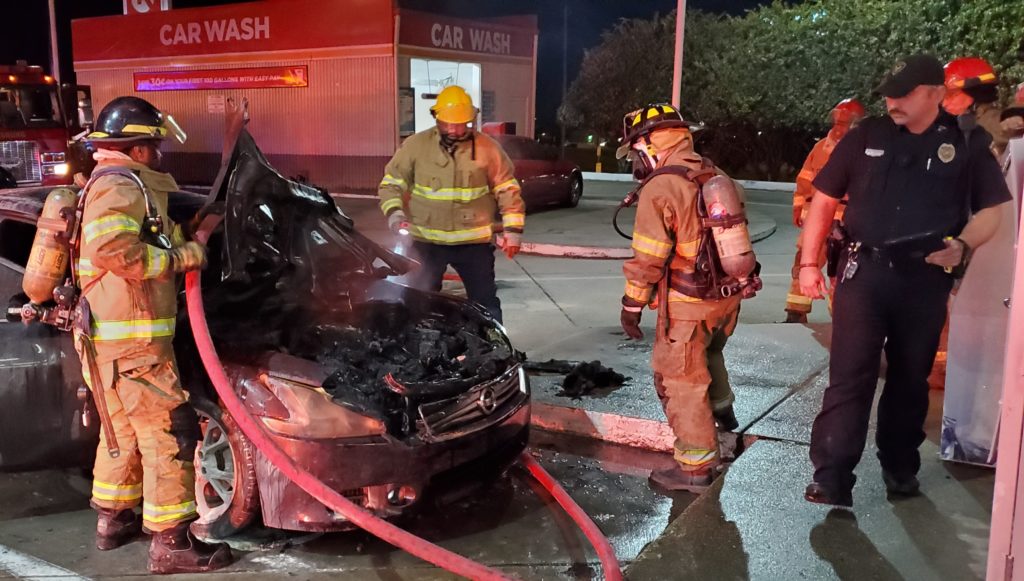 Vicksburg and Warren county firefighters work together to keep the public safe.

Cil and Charles Riles to retire

One of two Parchman escapees captured