From the Archives: The Evolution of Vicksburg's City Hospital

Prussian immigrant establishes himself in Vicksburg

MLK’s vision of love as a moral imperative still matters

From the archives: The Tri-State Motor Coach Station

Why is 13 considered unlucky? Explaining the power of its bad reputation

How Vicksburg almost became the capitol of Mississippi

Alicia Carter named by VWSD as Teacher Assistant of the Year

Lakesha Batty announced as 2022-23 Administrator of the Year

Vicksburg had the first public school system in Mississippi

The very first bottle of Coca-Cola was bottled right here in Vicksburg, Mississippi. 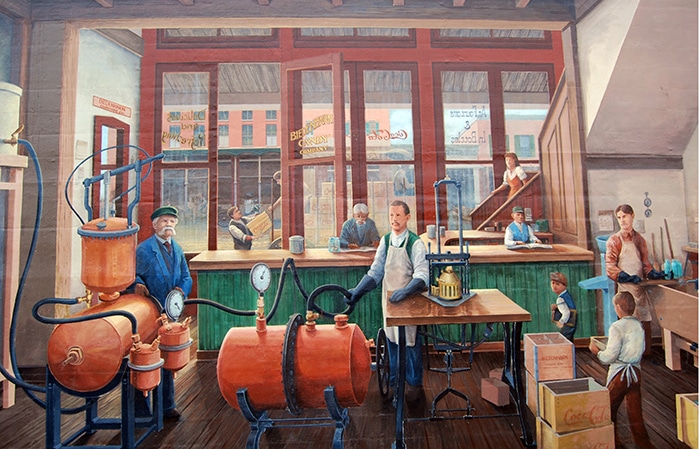 Photo from the Biedenharn Coca-Cola Museum

Vicksburg is known for many interesting things. The small Southern city has been long associated with the Civil War, blues music, and has even been in the Guinness World Records for having the longest running show, a melodrama known as, “Gold in the Hills.” Locals are more familiar with the historical background of Vicksburg, but many of those who don’t live here are unaware of some of the more unique details of the city. Those unique details would include the important role Vicksburg played in the history of the most popular soft drink in the world, Coca-Cola.

A pharmacist named Dr. John S. Pemberton invented the drink known as Coca-Cola in 1866 in Atlanta, Georgia. The Coca-Cola syrup became a popular choice at soda fountains in the south and eventually made its way to Vicksburg. The first Coca-Cola was bottled in the summer of 1894 by Joe Biedenharn in what is now known as the Biedenharn Coca-Cola Museum located at 1107 Washington Street. 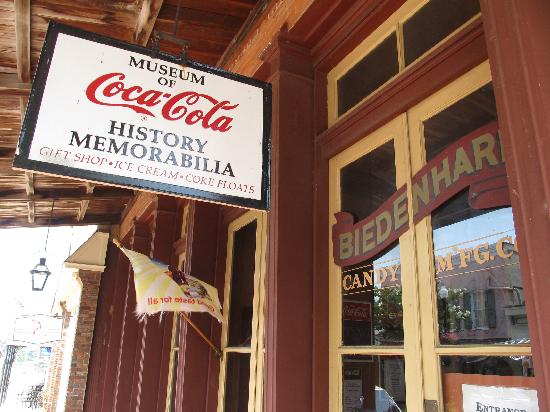 Storefront of the Coca-Cola Museum

In 1939, Biedenharn wrote a letter to Harrison Jones who was the vice president of the Coca Cola company at the time. In the letter, he stated, “We were operating a wholesale and retail confectionary business and were dispensing Coca-Cola through our soda fountain, so this proposal fell right into line with our jobbing business. Consumer demand has increased and was increasing rapidly, as Coca-Cola would only be had in the cities where the fountains were dispensing it. The thought struck one day, ‘Why not bottle it for our country trade?’ We were in the soda bottling game and it was easy to start it going.” 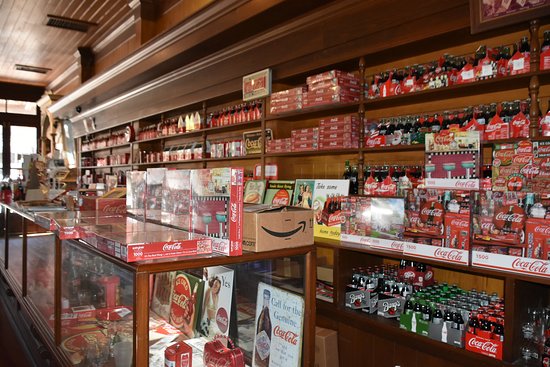 A look inside the museum’s shop

A trip to the Biedenharn Coca-Cola museum will have guests taking a short tour through hundreds of Coca-Cola artifacts. The history of the Biedenharn family and of Coca-Cola can be learned about there. After perusing the memorabilia, one can stop to visit the original soda fountain that once served soft drinks to the people in Vicksburg. The museum now aims to preserve American history by continuing to educate locals and tourists about these fascinating events of the past.

For more information on the history of Coca-Cola and Vicksburg, you can visit the Biedenharn Coca-Cola Museum website.