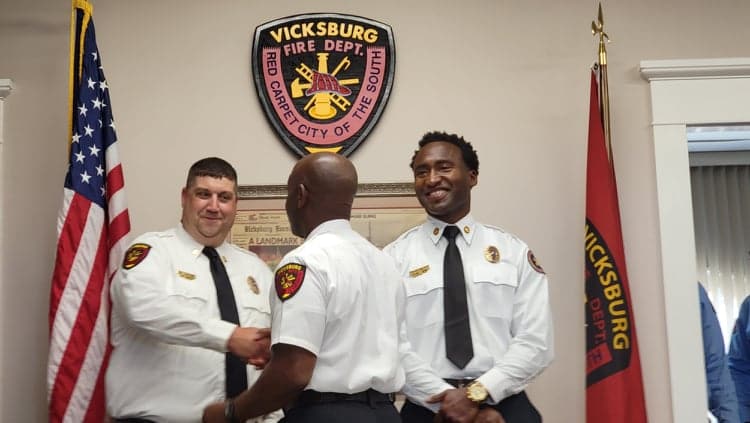 Cpt. Daniel Greer and Cpt. Tavares Hatchett are welcomed among the new ranks of the Vicksburg Fire Department. (Photo by David Day)

The promotions come as several members of the department have retired. Among the retirees are Cpt. Sammy Brocato who has served from May of 1995, Cpt. Barry Cole who has served since October of 1990 and Lt. Charles Harris who served since March of 1992.

We wish best wishes to those who have served and left the department and for those recently promoted.

Security cameras to be installed at city cemetery