Inside a $30 million bet on Mississippi’s medical marijuana industry

Fit Chef to close Halls Ferry location on May 25

Graduating this spring? Reasons to consider a home healthcare career

Fit Chef TV episodes are releasing. Here is how to watch.

May May steals the show with the Chill

One young parent in Vicksburg has found a way to heal through the art of jiu-jitsu and now uses his knowledge to teach that skill to kids. 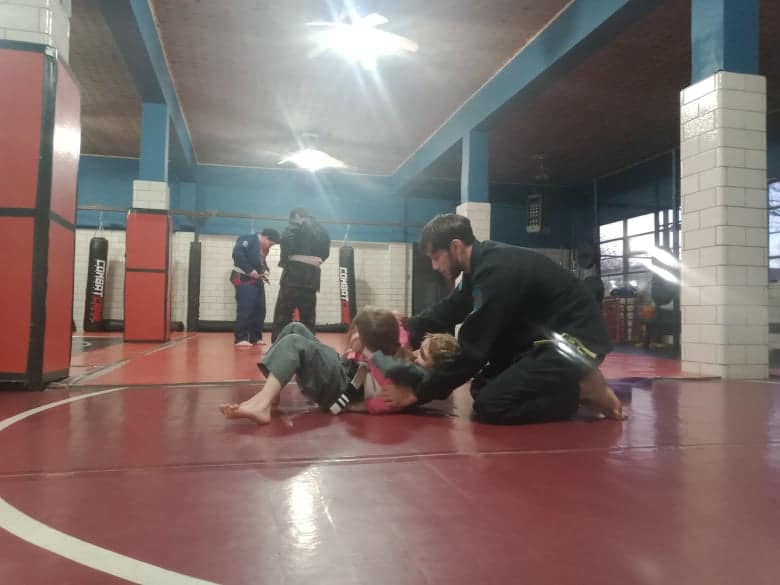 Carlos Lee has found a way to heal through the art of jiu-jitsu. (Photo by Tessa Elizabeth Scandizzo)

When asked what led to this passion for teaching jiu-jitsu to children, Carlos Lee said, “I’ve always worked with kids; my dad used to run a soccer camp. Kids have always been a soft spot for me.” He then added, “In a small town there isn’t much to offer or do so kids get in trouble a lot. I look at jiu-jitsu as what I wish I would have had as a kid.”

Lee began training for jiu-jitsu in the Old Gym at 1403 Washington St. under the previous owner, Kelly Leo. “I immediately fell in love with it,” said Lee. “It was a way to get out of the every day grind and focus on myself. Jiu-jitsu is good for my health and I developed a passion. It all grew from there, I eventually started traveling to other gyms and training, then I started networking and it kept expanding. After training for a few years I started competing.”

Going on eight years of practicing jiu-jitsu, Lee has had much of his own success competing. He is currently still an active competitor and just competed within the last couple of months in Biloxi where he took second place in his tournament. He is now getting ready for an MMA fight on Mar. 5, and it will be his first fight in this category. 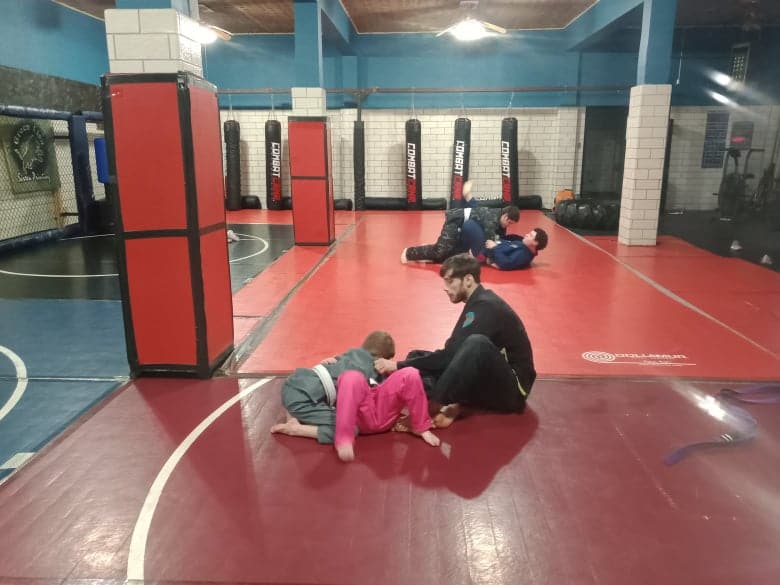 When he isn’t training or competing, Lee invests his passions into teaching martial arts. (Photo by Tessa Elizabeth Scandizzo)

When he isn’t training or competing, Lee invests his passions into teaching martial arts. He bought the old Gym from Kelly Leo and eventually moved its location to 1302 Adams St. in the old Southern Cultural Heritage building. That’s where the real magic takes place as he can be seen patiently encouraging small children to develop skills of self defense and discipline.

Parents may be wondering why a martial art like jiu-jitsu is so beneficial for their children to develop. According to Lee, “Exercising, physical activity, full body coordination, the ability to burn off steam, increasing focus and making efforts to better yourself translates to everything in life. Children learn self defense, then they learn to be confident. At first they come in unsure of themselves but after just a few classes, they are bubbling with confidence.” 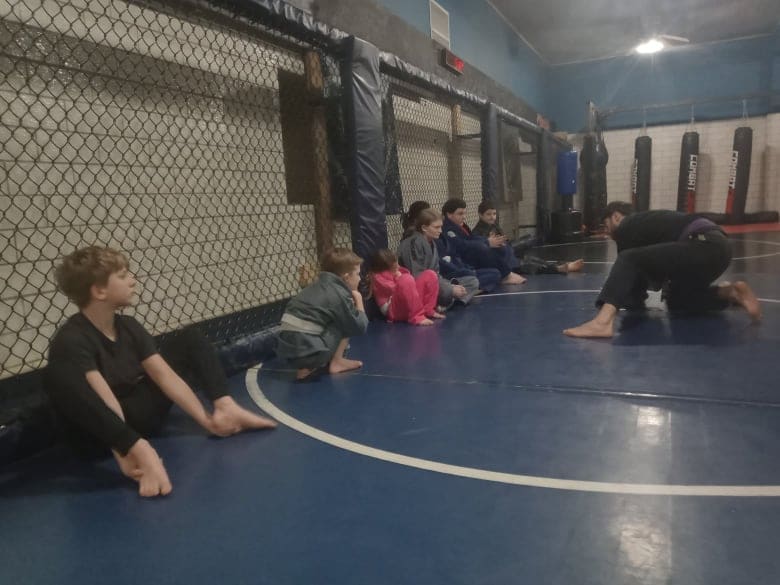 Lee discovered growth through opting to train over using other outlets in life. (Photo by Tessa Elizabeth Scandizzo)

Lee also has deeper reasons for wanting to share this gift with children in the community. Martial arts was a way for him to replace bad habits with good ones. He discovered growth through opting to train over using other outlets in life. “Training pushed me to eat healthy, exercise, and drink more water which resulted in positive influence over my life”

Lee has two of his own children who benefit from his passion. When asked how teaching has helped to shape him as a parent he responded, “It reminds me to be patient. In the teaching environment the feedback is constant. In a split second a kid’s attention will drift away. For that reason I’ve had to teach the same thing over and over again which translates to the parenting world. With kids you’ll think you’ve made progress but the same issue will pop up repeatedly which reminds me that kids need positive reinforcement regularly and not just once.” Lee has learned that it takes practice and consistency to help children learn tools to overcome obstacles. 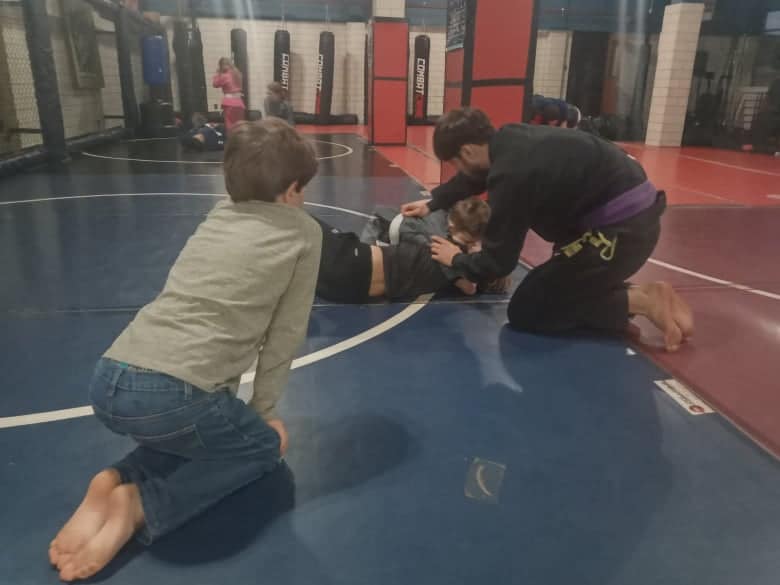 Jiu jitzu was traditionally evolved from the art of Judo which was developed to train Samurai. (Photo by Tessa Elizabeth Scandizzo)

Jiu-jitsu can also benefit the parents. “What I love most as a parent is the peace of mind that you can get. If your kid gets into a bullying situation at school, they can handle the situation. It also gives them an outlet and helps them burn off energy and have something to be proud of.” Lee has been specifically benefited in his own life as well. “The act of starting jiu jitsu and becoming a father has helped me to alter my lifestyle. I love it so much.”

Lee added that the mother of his children, Jenifer Browning, “has been so incredibly supportive along the way. Without her, I wouldn’t be able to do all of this. She’s been such a good mother and has really encouraged me to pursue jiu-jitsu which I have been so appreciative of.” He went on to include, “I also have to thank my team mates. We push and encourage each other and have grown together.”

Jiu jitzu was traditionally evolved from the art of Judo which was developed to train Samurai. Now Vicksburg has the chance to share this beneficial practice with their children or learn the art for themselves as Lee teaches adult classes too. Lee also offers Kickboxing.

Jherrod Thomas, the Vicksburg native that turned the every day grind into a million dollar business

Caffe Paradiso passes the torch to a new generation