A vehicle theft occurred Thursday morning at the Super Jr. on Highway 61 North. The vehicle’s owner, John Faulk, is asking for the public’s help in recovering his stolen property.

Faulk posted on social media, asking for the public’s help in recovering his vehicle. 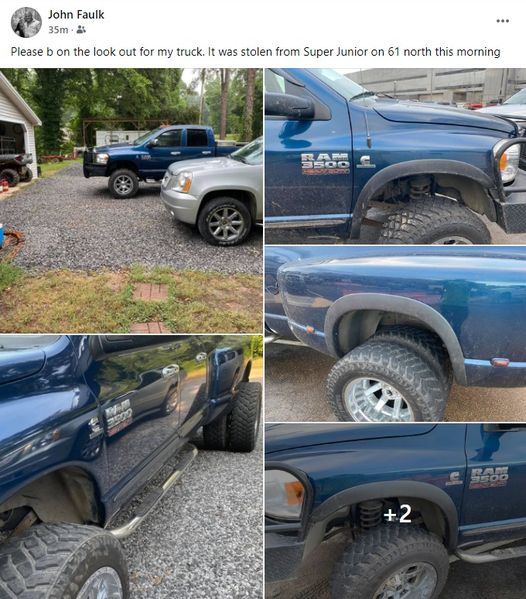 The vehicle’s owner made a plea on social media for the public to aid him in recovering his property. (Source: Facebook with permission)

The identity of the suspects are unknown at this time. The suspect’s vehicle is believed to be a black Tahoe or Escalade.

Anyone with any information is asked to contact the Warren County Sheriff’s Office at 601.636.1761.