Vicksburg's Pet of the Week, Scout the Golden Retriever

Vicksburg's Pet of the Week, Sadie the Boston Terrier

Vicksburg's Pet of the Week: A chance to show off your favorite companion

The Dock of Death

This Is Sweet! It's National Candy Day

Guys, roll up your sleeves. It's National Men Make Dinner Day.
Scout loves to play fetch with a good stick!

This week’s Pet of the Week is Scout, the English Cream Golden Retriever. Her owner, Blake DeRossette Beck, thinks she’s the best dog in the world. 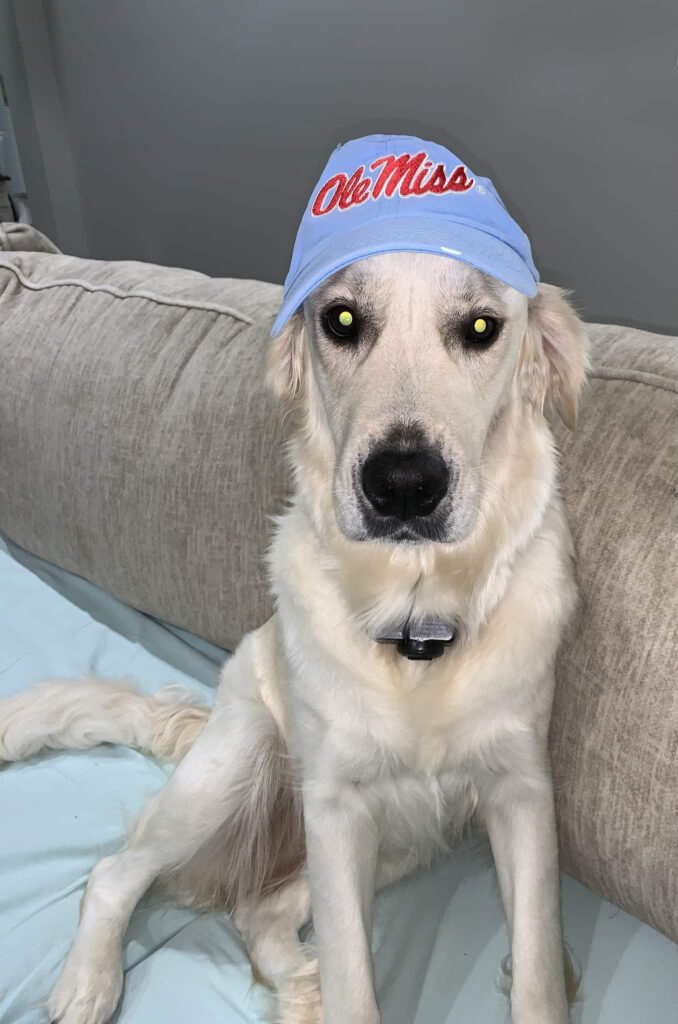 Scout is an Ole Miss fan like her mom!

Beck is proud of her pup and had a lot to say about her beloved companion. “This is my girl, Scout. She’s an English Cream Golden Retriever and is possibly the best dog in the world. Sweet doesn’t even come close to describing her. She has the best personality a dog could have. She loves to fetch and play with her toys. Scout is the friendliest dog, ever. She loves everyone she meets! Strawberries and blueberries are her favorite thing to share with me (in moderation.) She’s the best cuddle buddy and doesn’t know what personal space is, but I don’t mind. She has this way of knowing when I’ve had a bad day, and to make up for it, she’ll lay her head down on my chest in the most comforting way. It’s like it’s her way of saying, ‘bad day is over. Time for cuddles!'”

Scout adopted two orphaned kittens who she cared for as her own.

Beck went on to share about Scout’s soft spot for kittens. “She’s the most gentle soul and I love her more than anything in this world. She ‘adopted’ two kittens a year ago that unfortunately are no longer with us, but (Scout) acted as their mama while they were alive. She even let them try to ‘nurse’ (on) her.” Beck described the kittens as being Scout’s “angel babies.” Their names were Frank and Beans. 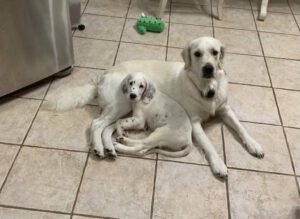 Scout has a new companion to share her life with, Hank, the English Setter.

Scout was sad to lose her kittens, but now has a new friend to share her days with. Beck continued to express her pride for her pets. “We’ve recently gotten another dog, Hank, to give Scout a companion since her kitties passed away. She absolutely adores him, and he loves her, too. He’s an English setter.” Scout loves her “brother,” Hank. 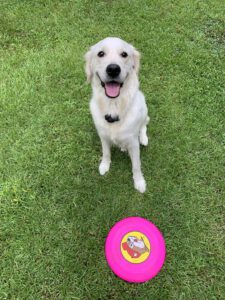 Scout is always up for a game of frisbee!

After sharing beloved photos and speaking on what makes Scout so special to her, Beck closed by saying, “Have a wonderful day and enjoy these pics of my babies!”

To submit your pet to become the next Pet of the Week, please send photos to [email protected]. Be sure to include your name, your pet’s name, a description of what makes your pet so wonderful and your contact information so that you can be alerted when your pet is chosen.