Just after 10 p.m. Friday night, Dale Yokem was driving along Grange Hall when he spotted flames and smoke billowing from a trailer on Missy Deitch Circle.  There was a car in the driveway, but he didn’t see anyone around. Concerned, Dale called 911 and began trying to determine if there was anyone inside. 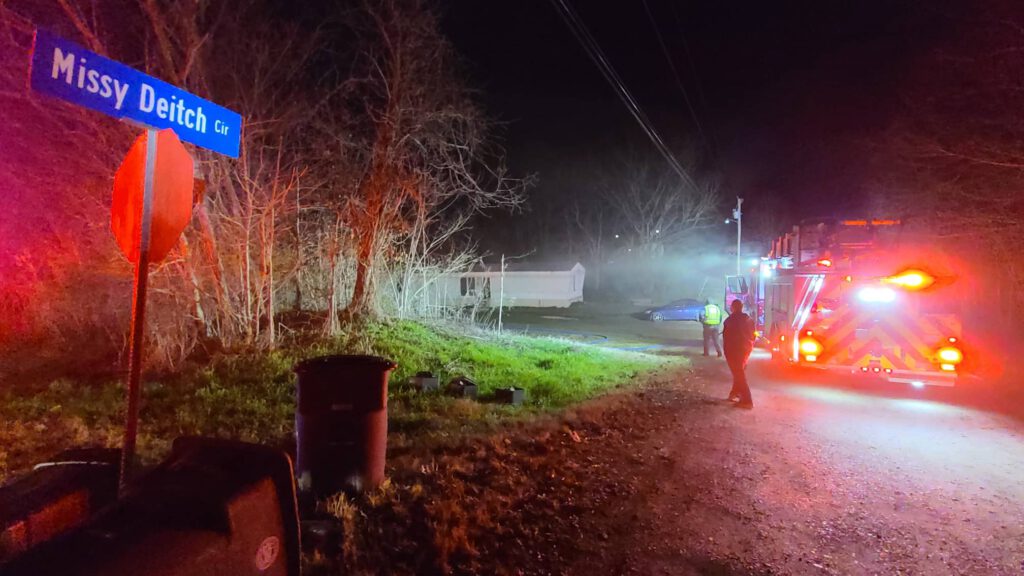 “Looked like the gas meter was on fire, and that first window was on fire right above it.  I was just trying to make sure there wasn’t anybody in the house,” Yokem said.

While he knocked on the doors and windows, beat on the walls, and tried to see into the house, Yokem was also speaking with the E-911 dispatcher who was alerting responders, as well as guiding Yokem through safely assessing the situation.

“They were calm, so it kept me calm,” Yokem said.  “She was really helpful.”

Yokem’s quick thinking enabled fire fighters to respond before the fire spread.  His actions may have saved the structure, as mobile home fires tend to spread faster than site-built homes due to the lighter materials used in production.

Ladder 15, Engines 7 and 8, Rescue, Batt. 1, and Vicksburg police officers responded to the scene and quickly got the blaze under control and confirmed that the home was empty.

If you smell and see smoke, call the fire department