VPD and WCSO are hunting for armed suspect after carjacking

Mississippi man pleads guilty to manslaughter and exploitation of vulnerable person
A vehicle was stolen in front of the Speedee Cash on South Frontage Road. (Photo by David Day)

Vicksburg Police Department and the Warren County Sheriff’s Office are hunting for an armed suspect after a report of a vehicle theft.

Just before 11 a.m. a woman reported her truck stolen after stopping for directions on South Frontage Road. After pulling up for directions, the victim stated she was pulled out of her vehicle by a man who then drove away with it.

She then ran to the Speedee Cash after the incident to report what had happened.

Onstar was able to ping the truck, a white Chevy 2500 with an orange tool box, which has been recovered.

The truck was located but the suspect was not with the vehicle. (Photo by David Day)

The suspect is described as a white male wearing blue jeans with an American flag and T-shirt, 6 foot in height and bald with multiple tattoos on both arms.

Police may have an idea of the identity of the suspect, but that has not been confirmed. 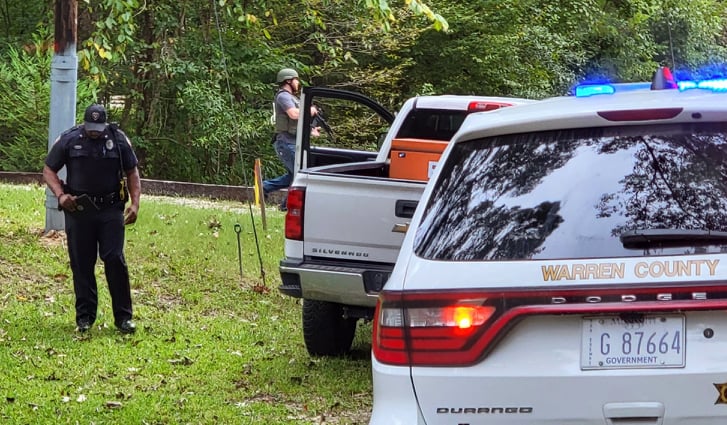 This is a developing story.