Harper Grace- a princess remembered and a family’s desire to help others
Kenny, Denny and David Day. Don't let the gentile clothing fool you, these boys were vicious. Photo by Robert Bottoms.

My older brothers, Kenny and Denny, were born on the same day, one year apart. Kenny was first and held sway over Denny and me for most of our young lives.

Things were a bit different back then and my brothers fought like wild animals every day as far back as I can remember. Kenny always won until that one day he didn’t.

Around age 11 or 12 Denny was about the same size as Kenny and took him out in one of their hourly fights. It was the first time Denny won and he never lost another one after that.

That didn’t stop Kenny from trying. He would sneak up on Dennis, using sticks and all kinds of things. Once Dennis had the confidence of winning, he wasn’t going back to losing ever again.

On one of those sneak attacks on Dennis, Kenny’s friend was there and watched as the fight started to favor Denny again. Kenny and his friend had become like brothers, hanging out all the time and doing everything together since Dennis usurped Kenny’s absolute rule. 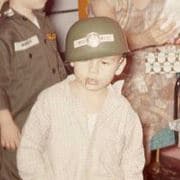 The author preparing for his eventual war with his older siblings. Photo by Robert Bottoms

In this fight, Kenny had the upper hand and even asked Dennis if he wanted to surrender at one point – there were rules to the brutality; you could swear out with a declaration of defeat.

Denny not only refused the terms of surrender, he wriggled and fought until he was so red-faced from the effort that it seemed his eyes were going to pop out of his head. He eventually broke free and was getting the better of the exhausted Kenny. Kenny’s friend wasn’t going to have it and jumped into the fight.

That turned out to be a mistake. Quick as he was in the fight, both Kenny and Denny proceeded to beat the holy spirit out of the boy.

My brothers went from two gladiators fighting each other for survival to highly trained boxers removing a threat from the ring. I was kind of stunned. Kenny’s friend was a really good guy. He made me feel like I was worthwhile. He was nice to my mom and even acknowledged us in public.

Once my brothers had neutralized the outside threat, they looked at each other and decided they’d come back to this fight a bit later after they had a chance to rest.

Prior to September 11, 2001, America was fighting amongst itself as well. Politics had gone crazy with one political party claiming the other stole the election. California was talking about leaving the Union and San Fernando Valley held an actual vote to leave Los Angeles. It was not unlike what is going on in America today, with the political polemics centered on how good your party was and how bad the other party is.

Most of us who were around remember where we were and what we were doing on the day the planes hit the tower. I remember, in the days immediately after the attack, there were no airplanes in the sky for a few days. Everyone was extra polite to each other and we were, as a nation, stunned. We were also angry and wanted revenge. But above all, we came together and put aside our political differences. 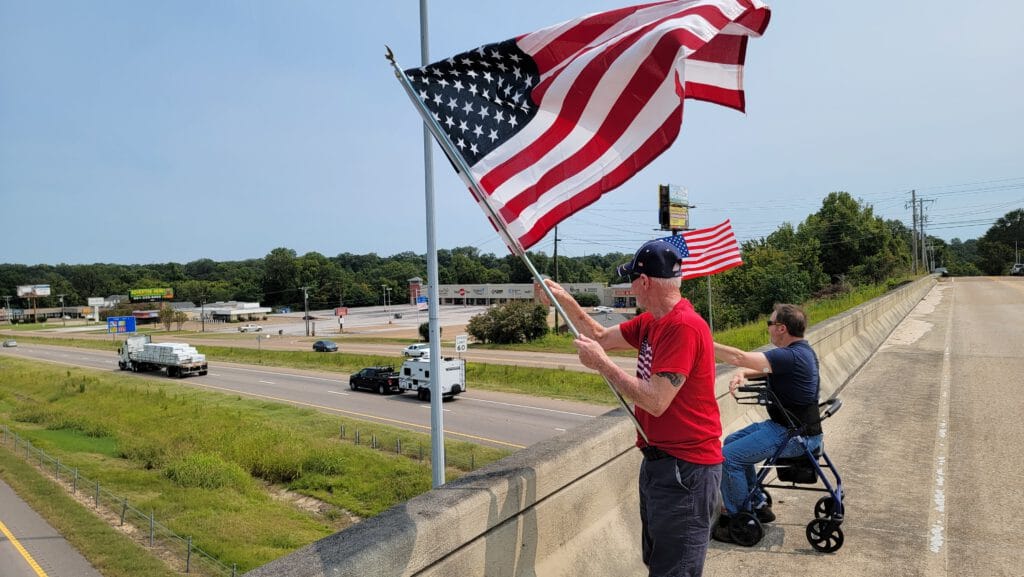 Flags were flying everywhere. We were all Americans and we were all on the same team, united behind the effort to find our enemy and destroy them.

Let us pray that we don’t have anything happen on the magnitude of September 11, 2001, again. But if we do, there is no doubt in my mind we will come together swiftly to beat the holy spirit out of whoever dares to attempt to harm us.

If we come out of this September 11 with anything, let it be the understanding that we can fight among ourselves all day and even threaten to beat each other…

…but don’t let an outsider lay a hand on us, because we will remind them who is family and who is not.

Thank you once again, Vicksburg; the Daily News reached 1.4 million in the last 28 days